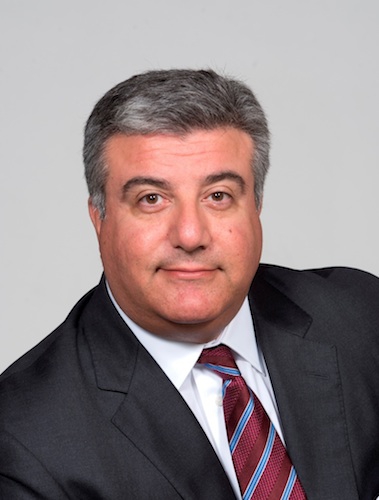 July 27, 2016 – A holding company CEO and two affiliate company presidents have been selected to lead a proposed new Ontario utility that will result from the merger of Enersource, Horizon Utilities and PowerStream, and the merger’s subsequent purchase of Hydro One Brampton. The new company will be called “MergeCo”, reports Horizon Utilities, until a name is chosen.

Current president and CEO of PowerStream, Brian Bentz, was appointed president and CEO (designate) of the MergeCo Holdings Company, which will be based at the current Enersource headquarters in Mississauga. The decision was made by a transitional committee representing transaction shareholders on a proportionate holdings basis. These include representatives of the cities of Barrie, Hamilton, Markham, Mississauga, St. Catharines and Vaughan, and Borealis, an investment management arm of the Ontario Municipal Employees Retirement System.

Enersource president and CEO Peter Gregg was appointed president designate of the MergeCo Innovation, Growth and Corporate Services Company. This business will be located at the current PowerStream headquarters in Vaughan.

Hydro One Brampton president and CEO, Paul Tremblay, has said he will retire once the new company is officially established, but will continue to support the organization in a senior advisory role until the transaction is complete.

“The transitional committee carefully weighed these selections with the objective of forging from the existing utilities a new and stronger company,” said Norm Loberg, chair of the transitional committee and current board chair for Enersource. “Our strength lies in the fact we have been a unified team since we first announced our intention to bring these companies together, in April 2015. I am confident that with such exemplary, seasoned executive leadership our company, our customers—and indeed our future—are in good hands.”

Regulatory approval by the OEB is expected to occur in the fall of 2016, followed by a new name and brand for the company.