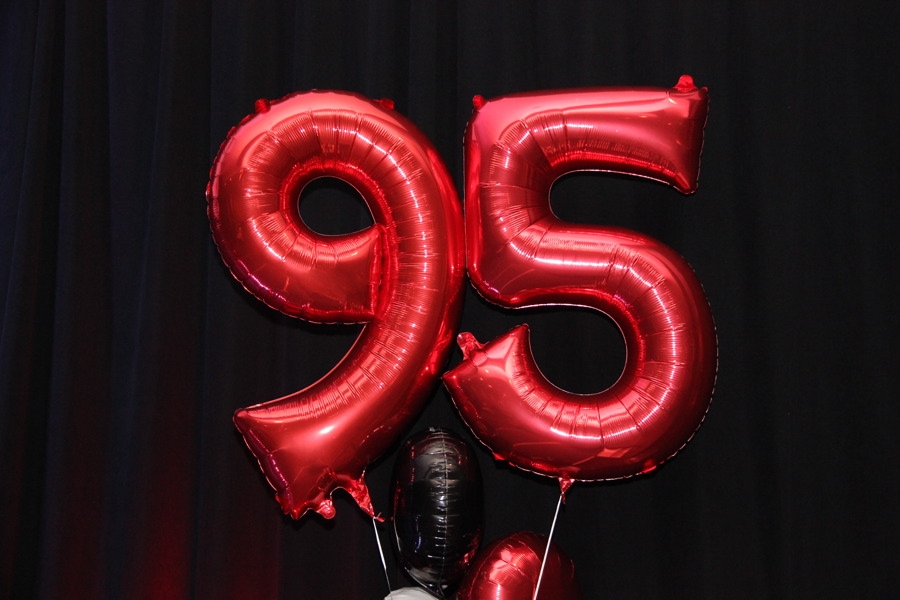 Ontario Electrical League is celebrating its 95th anniversary in 2017. Photo A. Capkun.

August 31, 2017 – The White Oaks in beautiful Niagara-on-the-Lake was a fitting venue for the Ontario Electrical League’s annual conference—particularly as the organization is celebrating its 95th anniversary this year—and EBMag was there to take in the celebration, as well as the education.

Day 1
“People are angry. People are not sure who they can trust,” said keynote speaker Sid Ridgley during his presentation, “Further, Faster, Improved and Different”.

However, Sid noted, this is not a negative, but rather a positive. “There is great opportunity for businesses like ours because we can be trusted and we are credible. We need to let people know that.”

He also advised delegates to think like their customers, citing the example of a guy going into to hardware store to buy a drill, but he doesn’t actually need that drill. What he really needs is a hole.

“Change your thinking, change your outcome,” Sid said. “You are more than just a supplier of labour for electrical work.”

Bryan Tuckey, president & CEO of BILD (Building Industry & Land Development Association), told delegates “We are at the lowest housing inventory in history” when referring to Ontario’s Golden Horseshoe Region. There are very few single-family detached homes being built, and the province has an aggressive plan for expanding/protecting green spaces. The new construction situation (or lack thereof) is compounded by what Bryan calls CAVE: Citizens Against Virtually Everything.

Toronto Hydro’s Jack Simpson walked delegates down memory lane, showing photos from days gone by, then turned to discussing the utility’s challenges when building supply and servicing load in congested areas. He was quite positive about energy storage, though; he’s seeing more of it being deployed/piloted, and thinks more energy storage will help defer new infrastructure builds.

Award winners of note
There was also an Awards Dinner with a 95th anniversary cake-cutting. Various members were recognized for their contributions, but here are some of the more noteworthy distinctions:

• The Inspector of the Year (2016) was Electrical Safety Authority’s Don Medeglia (Ottawa area).

• There were four recipients of the Hall of Fame award: Gord McBrien, Peter D’Uva, Janet Small and Richard Cullis (posthumous).

• The Richard Cullis Leadership Award was presented to Rob Sloan.

Ontario Electrical League is celebrating its 95th anniversary in 2017. Photo A. Capkun.

Day 2
On Day 2, contractor business coach and EBMag columnist Andrew Houston walked delegates through the things they need to start doing—as business owners, not tradespeople—to build a better business… one that makes you money while providing you with more free time.

The Contractor Panel discussion confirmed this need, with one participant saying he wished he had joined various business groups when starting his own firm so he could “leapfrog” the mistakes of a novice business owner.

Finally, Mark Taylor discussed ESA’s “risk-based oversight”: a project to evolve the agency’s regulatory and inspection oversight regime. It involves a greater use of audit-based principles and safety data to drive inspection processes. Essentially, inspection activities are focused where electrical safety risks are the highest.

In the pilot project, the permit a contractor pulls is weighed against 9 criteria (e.g. What is the work? Who’s doing the work?) that measure the likelihood and severity of an incident.

Stay tuned to EBMag for details on next year’s Ontario Electrical League conference.

Our photo gallery contains shots of speakers, the welcome reception and awards dinner, and product expo. (Photos A. Capkun)

Did we shoot you? Want a copy? Email acapkun@annexweb.com .