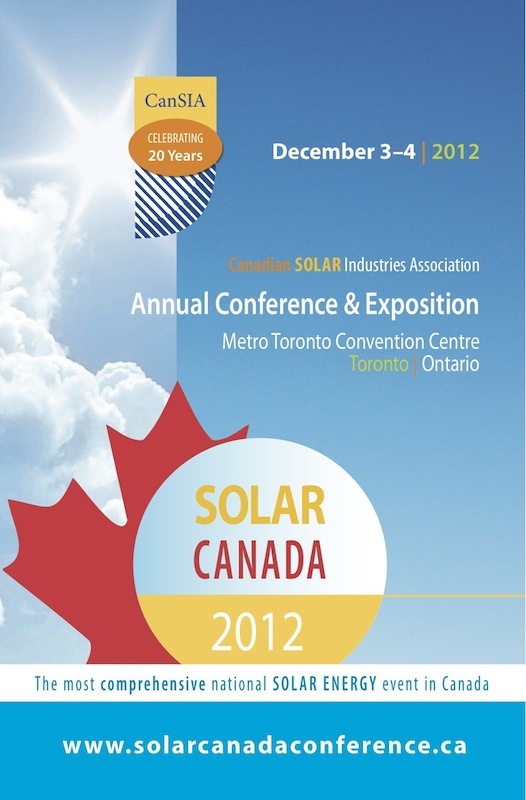 November 22, 2012 – CanSIA (Canadian Solar Industries Association) will be showing off the solar industries’ newest technology at its conference, Solar Canada 2012, by featuring solar cars, the latest electric cars and the podium chargers and solar car port that can keep them all running without fossil fuels. And EBMag will be there!

The University of Toronto will feature Azure and the University of Waterloo the Midnight Sun X: both solar cars that raced in this year’s World Solar Challenge in Australia. GM’s Volt (courtesy of Baka Communications) and Nissan’s Leaf  will complete the fleet. Eaton will be displaying electric vehicle charging stations, and a complete solar car port will be featured courtesy Renewz and Heliene.

“CanSIA is really pleased to be able to bring the cutting-edge in automotive advancement to its exposition show at Solar Canada,” said John Gorman, CanSIA president. “The quandary with electric vehicles has been how to charge them in an environmentally friendly way, and solar certainly fits that bill. Solar has so many facets, we wanted to draw attention to the very latest the industry is able to offer Canadians.”

This annual solar showcase is the largest and most influential conference and trade show for the solar industry in Canada, says CanSIA. About 4000 attendees are expected at Solar Canada 2012, December 3-4 at the Metro Toronto Convention Centre to celebrate the future of solar and CanSIA’s 20th year promoting and supporting “one of Canada’s hottest industries”.

CanSIA is a national trade association that represents more than 650 solar energy companies throughout Canada.