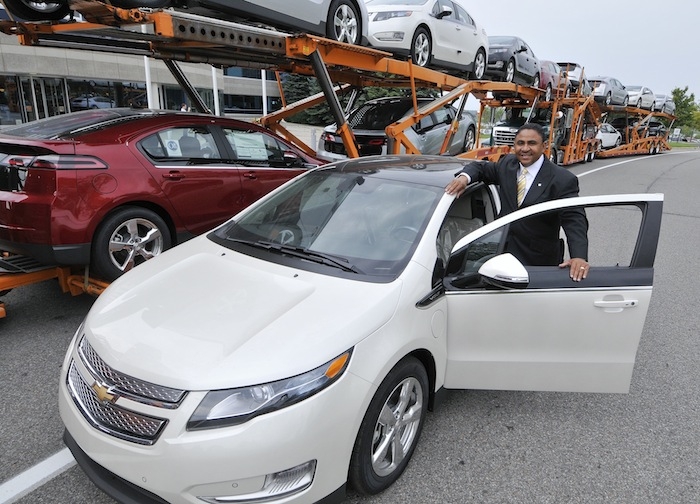 “Today is an historic milestone for Chevrolet in Canada,” said Williams. “The Chevrolet Volt deploys transformative vehicle technologies that are redefining automotive transportation. Very soon, enthusiastic Volt customers will be able to eliminate gasoline from their daily commutes while having the flexibility to go further, something no other electrified vehicle can provide.”

The Chevrolet Volt is an electric vehicle with extended range. Powered by GM’s Voltec propulsion system, it consists of a 16-kWh lithium-ion battery pack and electric drive unit that provide battery electric range between 40 and 80 kilometres, depending on terrain, driving techniques and temperature.

After the battery is depleted, an engine-generator extends Volt’s range an additional 500 kilometres by generating electricity to operate the vehicle’s electric drive system. This distinguishes the Volt from battery-electric vehicles, which cannot be operated when recharging is not immediately available, such as during a power interruption or on a long-distance trip.

Customers in select Canadian markets have been able to place orders for the Volt since May 2, 2011. GM says Volt will be available nation-wide within 12 months.