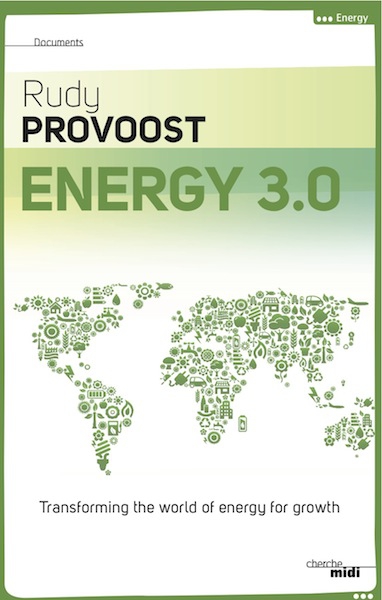 October 3, 2013 – Save one third on the energy bills in developed countries, create millions of insourced jobs, provide access to energy that is tailored to everyone’s needs… these are the promises that will result from the new wave of changes, set to stimulate growth, and they are explained in “Energy 3.0”, a new book by Rexel’s global CEO and chair of the board, Rudy Provoost.

“Energy 3.0 builds on the convergence of the energy and digital worlds, providing the end user with systems tailored to their precise energy needs, thereby reducing consumption and improving quality of life,” explained Provoost, who wrote the book as a means of contributing to the energy debate as the head of a global industry player, and “an invitation for collective discussion and subsequent action to take place as soon as possible”.

Through Energy 3.0, Rexel aims to engage in conversation with industry leaders, experts, public authorities and elected officials, and strengthen its position as a player in the changing world of energy efficiency. (We contacted Rexel HQ, and they tell us the book will be available at Amazon.com.)