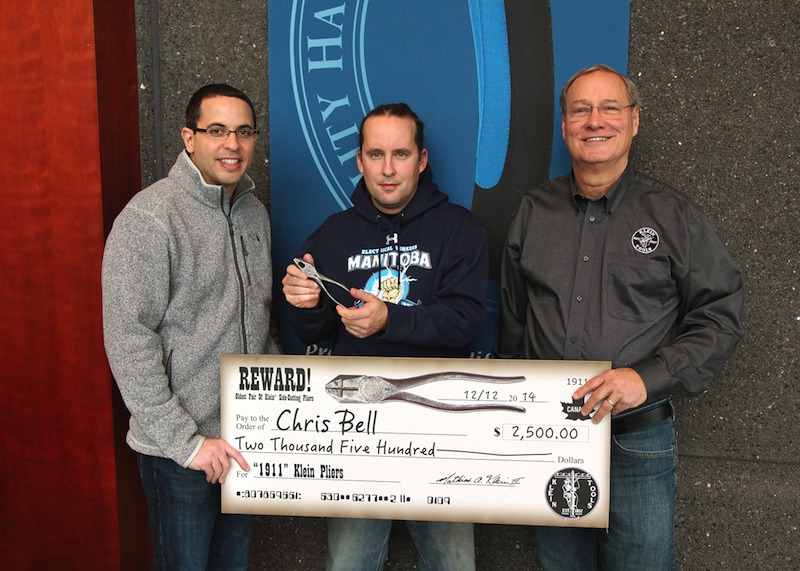 December 15, 2014 – Klein Tools set out to find Canada’s oldest pair of Klein side-cutting pliers, and ended up finding them in Winnipeg, Man., with the great-grandson of an employee of The Northern Electric Co.

“We were overwhelmed with the enquiries and heart-warming stories we received about the tools being handed down from father to son,” said Tom Barton, product marketing manager with Klein Tools.

Electrician Chris Bell is the winner of a search that started back in October; his submission of a pair of 1911 side-cutting pliers earned him $2500 (though they originally sold for $3.50 in 1911). The pliers are still in good working condition.

The winning pliers were selected by Klein’s engineering team based on the tool being the standard side-cutting type, and bearing an original Klein trademark and ‘code markings’ on the inside of the handle. Braeden Lohnes, an HVAC tradesman, found the second-oldest pair of Canadian pliers in the ceiling of his early 1900s house while renovating. Those dated back to 1912.