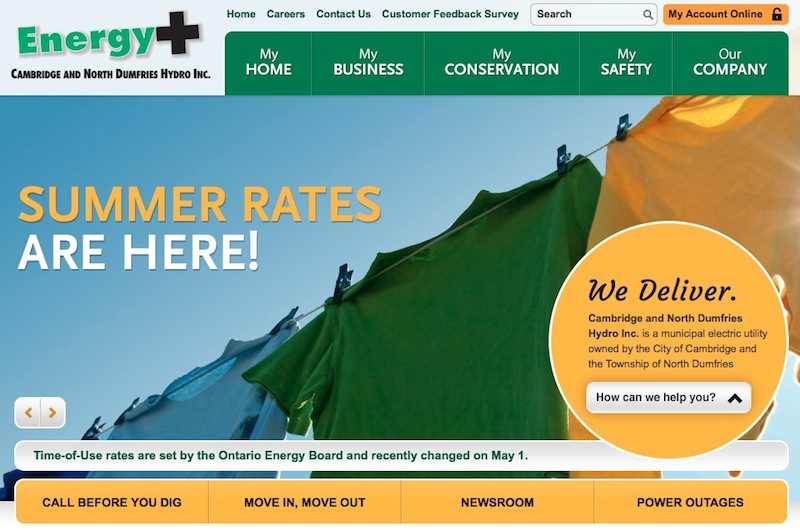 May 13, 2014 – According to Cambridge and North Dumfries (CND) Hydro, Brant County Council has unanimously voted to accept CND’s bid to purchase Brant County Power (BCP) in deal worth about  $40.2 million.

All Brant County employees will transfer to CND after the sale, and employees at both companies will continue to have jobs, says CND, adding, it will maintain the Brant County Power operations centre for at least five years, while additional physical space needs and options are reviewed.

CND will also establish an advisory committee, including reps from both communities, to monitor and provide input about customer service and other matters. The selection of CND as buyer is the result of a confidential six-month competitive sale process, which involved expressions of interest and proposals from a number of potential buyers.

The sale now must receive final approval from OEB. A transition team comprising reps from both CND and BCP will be formed to commence discussions on best practices for uniting the utilities.