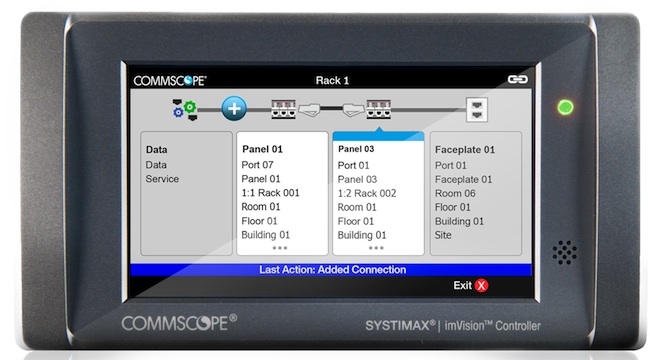 September 13, 2012 – CommScope says its new product offering provides IT managers with an accurate live view of their global network, while also preparing them for future network demands. Featuring the new web-based imVision System Manager 7.0 software platform and the new imVision Controller, the imVision solution enables users to view real-time, end-to-end circuit information during moves, adds and changes using a visual “trace while you patch” feature. According to CommScope, technicians and IT managers can now improve speed and accuracy of connectivity changes to various end devices, such as computers and servers, wireless access points, IP cameras, network printers, managed switches and PDUs, globally from one location.