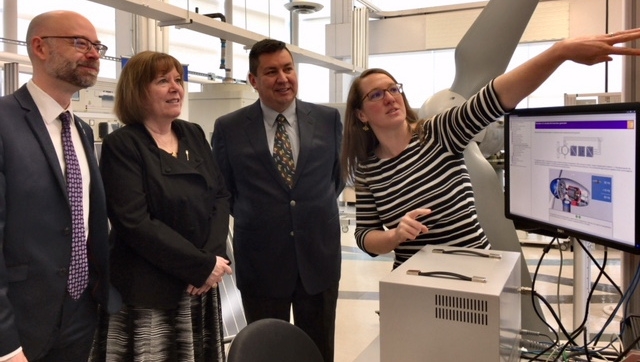 April 9, 2018 — Competition is now open for the second and third rounds of the Renewable Electricity Program.

The Alberta Electric System Operator (AESO) has opened the first of a three-stage competitive process under which bids will be considered to provide a total of 700 MW of renewable energy, or enough to power nearly 300,000 homes.

AESO, which administers the program, will coordinate the next stages of the competition over the coming months, with successful bidders announced by the end of 2018.

Eligible projects for the program include new or expanded renewable electricity generation projects in Alberta that are able to connect to existing distribution or transmission systems, are more than 5 MW in size and meet Alberta’s definition of renewable energy resources in the Renewable Electricity Act.

The second round of the program will see private-sector partnerships with Indigenous communities bidding to produce up to 300 MW of power. Each bid must include a minimum 25% Indigenous equity ownership component, which can include an ownership stake in the project or land-use agreement between the company and the community.

“Alberta is a proud leader in all forms of energy, and our renewables program will continue to create good jobs and help ensure we have a more diversified economy that’s built to last. We expect this highly competitive process to continue attracting investment from Alberta and around the world, creating meaningful partnerships with Indigenous communities and getting Albertans the most renewable power generation for the lowest cost,” said Minister of Energy Margaret McCuaig-Boyd.

The program is expected to attract approximately $10 billion in private investments and create about 7,000 jobs in several fields, including construction, electrical and mechanical engineering and project management, by 2030.

In total, the program will support the development of 5,000 MW of renewable electricity capacity.