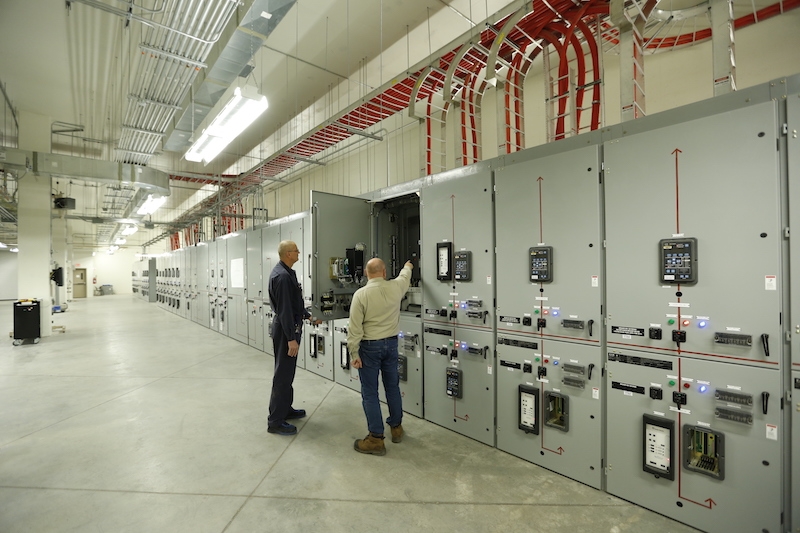 September 27, 2018 — There’s no denying electrical safety in the workplace is critically important—not just for electrical contractors themselves, but also for the operators of electrical equipment and for business productivity.

In fact, it was only in 2013, when CSA Z463, Guideline on Maintenance of Electrical Systems, was introduced, that Canada finally had a document on electrical maintenance, explains Kerry Heid, chair of the Z463 Technical Committee.

And even then, Z463 was only introduced as a guideline, which is more of a “recommended practice,” Heid says. This will now change with the release of CSA Z463, Standard on Maintenance of Electrical Systems, in September.

What is Z463? Put simply, it is a standard that requires companies to create an electrical equipment maintenance program, explains Terry Becker, a member of the Z463 Technical Committee.

The standard recommends a number of such strategies, he adds, including predictive, preventive, run-to-fail, reliability-centred and risk-based.
As a standard on electrical maintenance, Z463’s scope is very broad, covering equipment for power generation, transmission and distribution, transformers, cables, switchgear and much more.

Annex M of Z463, explains Becker, provides a set of tables that identify these types of electrical equipment, provide guidance for recommended electrical tests and, based on the level of importance of service, the frequency at which these tests should be performed on the equipment.

However, Heid points out, it does not cover overhead lines or residential electrical equipment.

Safety as a priority

Z463’s ultimate priority, Becker argues, is safety. Following this standard will ensure reliability of service and manage damage through protective devices, he explains.

If electrical equipment is not maintained properly, on the other hand, then there is the risk of failure.

“When qualified electrical professionals have to work on it, we want to minimize their exposure to arc flash and shock hazards,” he says.

Predictive maintenance is one possible strategy for reducing these types of exposure.

“There’s a lot of online testing you can do in the electrical world,” he says. “It’s everything from IR scanning to transformer oil to oil-filled equipment, oil analysis and partial discharge testing.”

But not all of these tests are mandatory.

“There are certain things in an electrical power system that you must maintain regularly, including protective and switching devices, where really, if you didn’t maintain them, they would have a direct, negative effect on personal safety,” Heid explains. “So that’s where we drew the line. If it has a direct impact on the safety of the personnel who are either operating or maintaining it, that’s where you need to make sure maintenance is done correctly.”

Given this focus, there is clearly a strong relationship between Z463 and CSA Z462, Standard on Workplace Electrical Safety.

“Z462 and Z463 tie in really closely,” Heid explains. “In Z462, a lot references to cable, flash hazard or risk assessment include a caveat that the equipment has to be maintained and in proper working order.”

When an arcing fault is accidentally created, then “the power circuit breaker with protected relay functions as predicted, so we limit the incident energy, i.e. the heat released from an arc flash,” Becker explains.

With the release of Z463 as a standard, Becker says there is now a “safety trifecta” in Canada.

This is an important change, he says, because the CE Code mandates the safe installation of electrical equipment, but does not include maintenance requirements, while Z462 recognizes the need for safe workplace practices when working on and operating energized electrical equipment.

“And then Z463 comes along and closes the triangle of the electrical safety trifecta.”

“The CE Code governs the installation of the equipment,” adds Heid, “and there are very tough regulations on all of that, to the point that you get it installed, but then it’ll just be ignored for the rest of its lifecycle. So, from a maintenance perspective, you want to make sure the installation that’s been done under the CE Code will be serviced through the lifecycle of the equipment.”

If companies use all three of these standards together, says Becker, “you will have the safest installations you can, with the minimum risk to your workers who operate it and also to the workers who do maintenance on it.”

As a result, you’ll have better reliability and more uptime.

Company managers may be wondering about additional impacts of Z463 on their business, such as costs and training. Fred Tanguay, a consultant for Canada Training Group, is answering this call by teaching them how to integrate and implement Z463 into their maintenance programs. In his opinion, the standard will help drive the requirement for proper maintenance home.

“Currently, people do substation or electrical maintenance because they get a letter from their fire or insurance company that says it has to be done,” he explains. “Maybe only one per cent of power users out there are really proactive in doing electrical maintenance. So, I think this is going to have a big impact.”

He acknowledges many companies might be averse to Z463 because of  the cost.
“This standard takes maintenance to a whole different level than what they’re used to,” he says. “I would say it’s going to double or triple their maintenance costs.”

“Well, how much is your production of one day worth?” he asks them in return. “I’ve had clients in the past where if they lost a day of production, then they would lose major supply contracts to the automotive industry, for example, because they couldn’t make the delivery. It’s always going to cost you your business to be down for a day. So, how much is $10,000 to $20,000 of electrical maintenance really worth to you, in the grand scheme of things, to prevent that one day of outage? It becomes very valuable at that point!”

Consequently, he says it’s “absolutely paramount” for companies to maintain their electrical systems properly. If the equipment malfunctions or breaks, “the repair cost is usually 50 times the replacement cost,” since companies have to pay for overtime, temporary power supplies, and account for production loss.

“So, the downtime cost is massive,” he says. “Just think about it, if you never changed the oil in your car, how long do you think it would last? It’s the same idea.”

It’s not just the employees who operate and maintain the equipment that need to understand Z463, Tanguay explains. But he often sees only these workers attending his classes.

“And why are they going to the course?” he asks. “Because they need a certificate to basically accommodate the need to prove they are qualified. Very few supervisors and managers actually go. But with this new standard, the supervisors, managers and other stakeholders really need to know what the requirements are, because if they forego this, it leaves the door open to many other problems down the road that could be very costly from a liability point of view.”

In applying this standard, Becker says, companies will turn to electrical contractors. Indeed, contractors who market electrical equipment maintenance to their clients can use Z463 to help them develop maintenance strategies, tests and test frequencies.

“Contractors would benefit from Z463 in terms of helping their clients who don’t have electrical engineers or maintenance electricians on staff,” he explains. “They can credibly identify what electrical equipment maintenance program a specific company should consider. That, in turn, should help electrical contractors retain existing clients and get new ones.”

Heid agrees Z463 will be extremely beneficial in helping electrical contractors convince their clients of the importance of well-maintained systems and equipment.

“That’s one of the major objectives,” he says, “to use this document as a standard to ensure everyone has a written electrical maintenance program. And there are some clauses in Z463 that point toward the factors to consider when conducting a safety-risk analysis for electrical equipment in a plant. Really, what the standard’s asking you to do is to look at your installation, ask yourself which devices could cause a problem with the electrical safety program and then ensure that equipment is being maintained properly.”

Despite the benefits and value of Z463, Becker points out, it has not been widely adopted.

“As a guideline, Z463 was not well-marketed by CSA,” he says. “Instead, people like me were marketing it through our consultancies and by presenting at conferences. The lack of stronger marketing of Z463 as a guideline, I think, limited the industry in understanding the value of it.”

“Promotion has been a challenge,” Heid agrees, “but certainly we’re hitting from a number of different fronts now.”

CSA will promote Z463 as a standard on its website, through its social media channels and at conferences. The Technical Committee will promote it, as well.

“There was already incredible value in Z463 as a guideline,” says Becker. “Now that it is becoming a standard, we need to get the word out. We need to get small, medium and large companies to understand it exists and how they can get the value out of it.”

This article originally appeared in the September 2018 issue of Electrical Business.