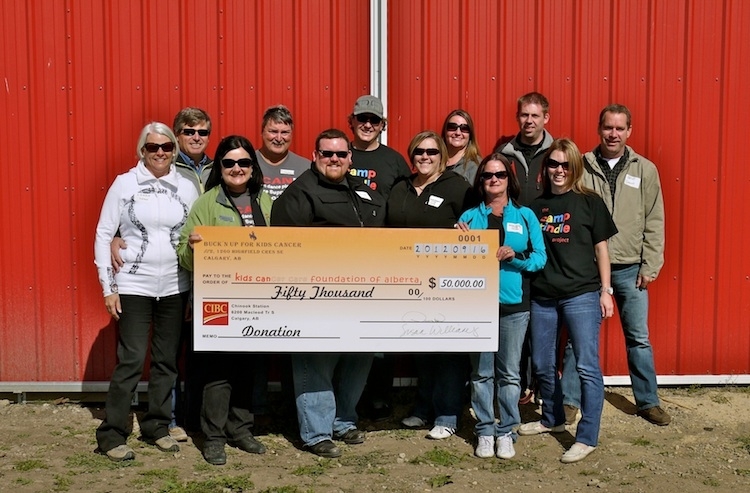 The $50,000 donation was collected at the most recent event in the campaign –the Stampede BBQ fundraiser– hosted at Concept Electric on July 6.

“It was our first kick at the can in terms of putting this party on as a fundraiser,” said Susan Williams, chair. “There were definitely a few bumps in the road, but with hard work, support from the community and dedication of the group, we got over those hurdles and it paid off big time in the end.”

The campaign first began in 2011 with the reconstruction of the camp, as Concept Electric was awarded the electrical and controls contract for the site. The camp officially opened its doors on July 13 to kids battling the effects of cancer, along with their families.

“We have a few events lined up such as a head shave to support KCCFA’s ‘Shave Your Lid for a Kid’ campaign. One of our very own board members is going to shave her head for this cause,” added Williams. “It gives our group goosebumps just thinking of the passion to helping out this cause. We also plan to double our donation for next year during Stampede. We’re already in the early planning stages to make it bigger and better.”

Formed in January 2012, Buck’n Up for Kids Cancer is also maintained by individuals from Cana Construction; Vero Energy; Shaw GMC Lease; and members of the public and private sector.

“Major construction and electrical players came together by putting aside the business of competition and joining together for this cause in the spirit of camaraderie,” said Buck’n Up for Kids Cancer. “The outpouring of donations and volunteers from all of these industries was more than expected.”