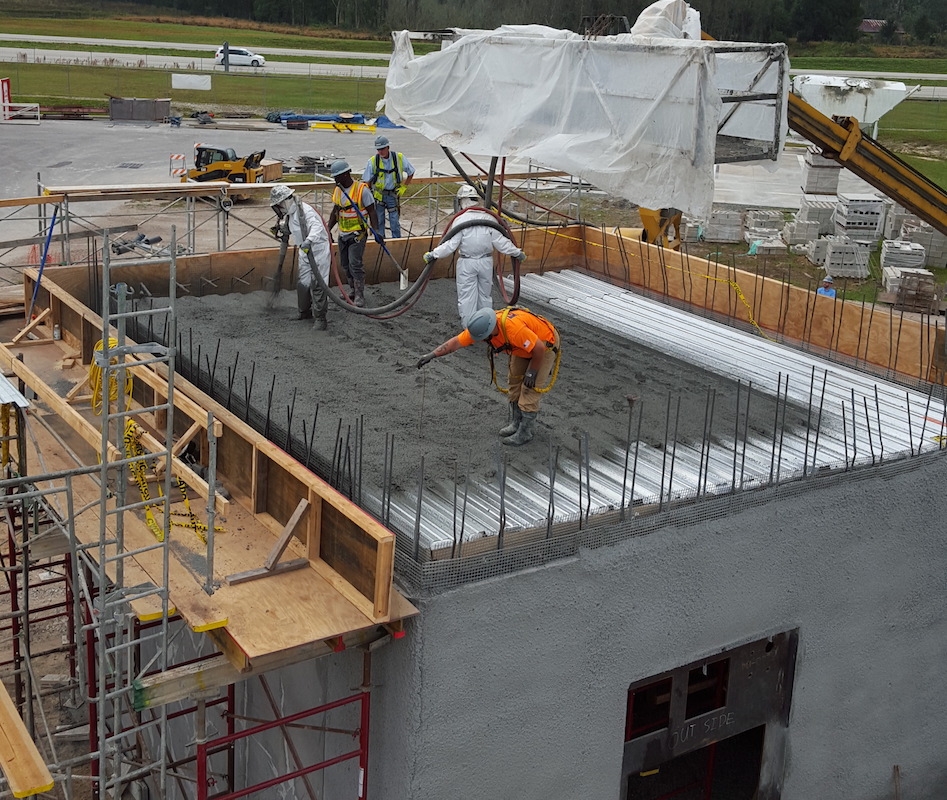 November 14, 2016 – When we last told you about University of Nebraska-Lincoln professor Chris Tuan, he was creating self-melting concrete. Now he’s turned his attention to conductive concrete that shields electronics from EMP attack.

As any good science fiction writer will tell you, an attack via a burst of electromagnetic energy could cripple vital electronic systems, threatening critical infrastructure such as power grids and data centres. But the possibility does not only exist in the world of science fiction and comic books.

Electromagnetic energy is everywhere—travelling in waves and spanning a wide spectrum, from sunlight, radio waves and microwaves to X-rays and gamma rays—but a burst of those waves could induce electric current and voltage surges that cause widespread electronic failures.

Tuan and colleague Lim Nguyen say they have developed a cost-effective concrete that shields against intense pulses of electromagnetic energy (EMP), and the technology is ready for commercialization. The university has signed an agreement to license this shielding technology to American Business Continuity Group LLC, a developer of disaster-resistant structures.

Their technology works by both absorbing and reflecting electromagnetic waves. The team replaced some standard concrete aggregates with their key ingredient, magnetite, which absorbs microwaves like a sponge. Their patented recipe includes carbon and metal components for better absorption, as well as reflection.

Through a research agreement with ABC Group, the Nebraska team modified its shielding concrete to work with the company’s shotcrete construction method. The resulting patent-pending product protects building interiors from electromagnetic interference, such as radio waves and microwaves, as well as electronic eavesdropping. The material could protect military, financial or other structures that store critical electronics, such as data servers or aircraft.

“The concrete has the ability to provide what we call a multi-threat structure,” said Nguyen. “The structure has to be able to withstand an attack either by an explosive or an electromagnetic attack or other scheme.”