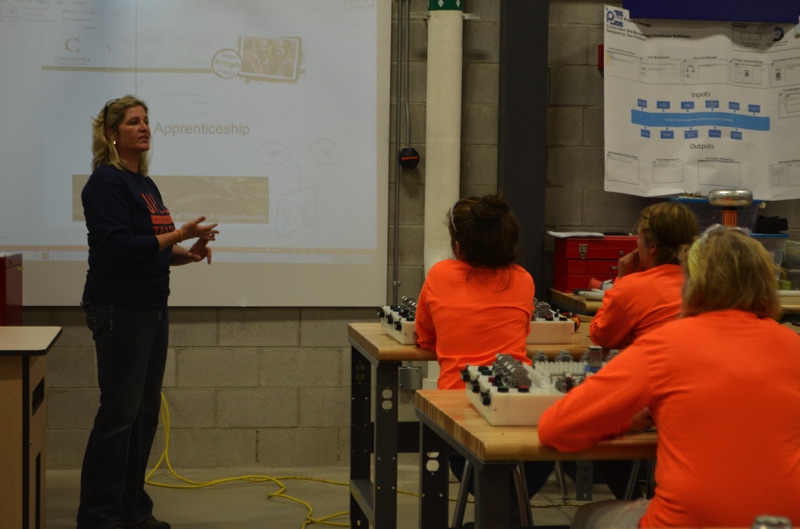 The event provided 12 trades workstations—including an electrical one—where students were given the opportunity to hear from faculty and students about the trade, and get hands-on experience.

“We figure that, by doing events like this and allowing young ladies to pick a course in high school that will allow them to at least try the skilled trades, then eventually they might come to post-secondary or they’ll go into an apprenticeship program,” explains Brenda Gilmore, program manager for the school of trades & apprenticeship at Conestoga.

The day began with a keynote speech from Danielle Bryk, the host of Bryk House on HGTV Canada. Bryk spoke about the importance of exposing female students to opportunities to the trades while in elementary and secondary schools, and emphasized the amount of opportunities that lie ahead for girls looking to the trades.

“One of the reasons why there are so few women joining the industry is that there’s a lack of role models,” says Bryk. “Its important to show young women that this is a viable option for them.”

Conestoga College presented the event with the Ontario Youth Apprenticeship Program, School College Work Initiative and the Ministry of Training, Colleges and Universities.