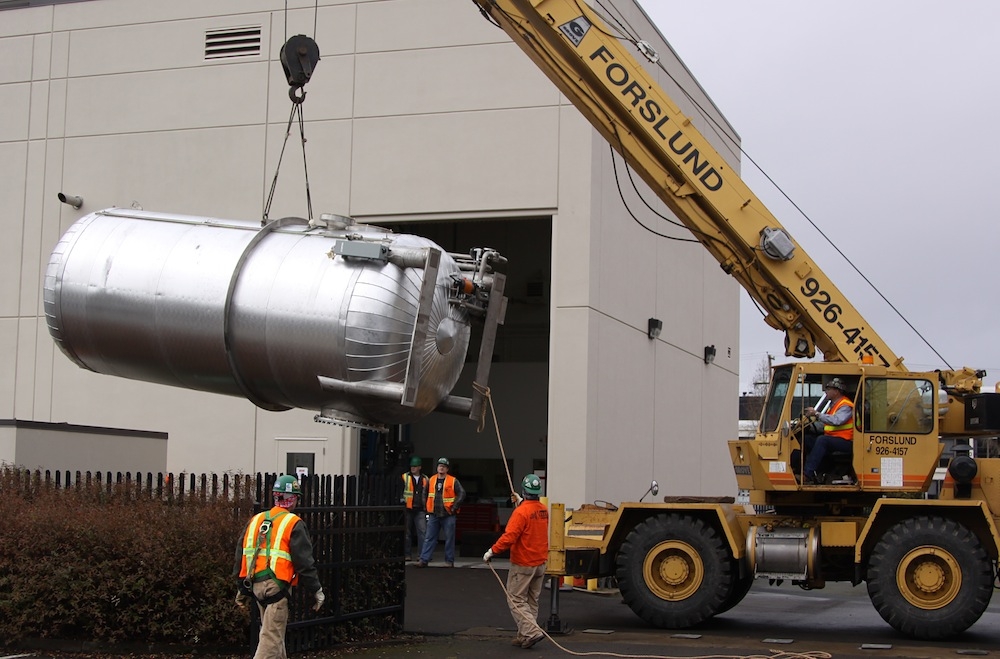 February 12, 2013 – Construction has begun at Oregon State University (OSU) on a $4.8-million facility to test a new nuclear energy technology that, says the university, “could be safer, more efficient and produce less waste than existing approaches”, adding “it could produce electricity, hydrogen to power automobiles, steam to heat a building complex, or provide a cheaper way to desalinate seawater”.

CHECK OUT the video below.

“Like any new technology, it will take some time for this to gain acceptance,” said Brian Woods, an associate professor of nuclear engineering and director of this project. “But, by the middle of this century, I could easily see high-temperature nuclear reactors becoming a major player in energy production around the world.”

The new technology involves a ‘super-hot’-type of nuclear reactor cooled by helium gas, not water, and it would operate at temperatures above 2000º—about three times as hot as existing reactors. The high-temperature reactors could produce electricity about 35-50% more efficiently than existing approaches, boast researchers, while creating about half as much radioactive waste. Also, by the nature of their design, they cannot melt down, and produce no greenhouse gas emissions.

Researchers go on to say these reactors could be cost-effectively built as small, modular units to produce super-heated steam that can power “large chemical companies or building complexes”. But the applications don’t stop there, with the potential to produce hydrogen that could power the automobiles of the future. A high-temperature reactor could directly split water into hydrogen and oxygen.

“If they can make the cars, we could use this technology to make the hydrogen,” said Woods. “One of the biggest attractions of the high-temperature reactors is their versatility; they could be used in so many ways.

The test facility now being built at OSU will be used to test high-temperature reactors for safety, and simulate multiple types of accidents. There will be no use of nuclear fuel, with the high temperatures produced by electrical heaters.

“Something that works at a very high temperature might sound more risky but, in fact, this type of nuclear reactor technology would be the safest of all,” insists Woods. “Everything in the system is designed to withstand extremely high temperatures and, in the event of any system failure, it would simply shut off and slowly cool down.”

The test facility is about 6-ft wide and 18-ft tall, and will simulate the reactor vessel. In this technology, helium gas is used as the coolant to transfer heat through a steam generator. The system uses special stainless steel and other alloys to handle the extreme heat. Field tests are scheduled to begin in April and continue until summer, 2014.