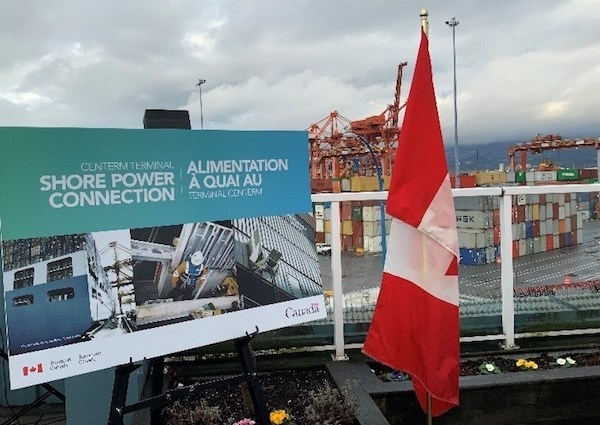 The standards-compliant system was designed by Schneider with Vancouver-based PBX Engineering and then installed by Houle Electric before being run by DP World, using electricity from BC Hydro. Transport Canada supported the project’s funding.

The system was implemented to help reduce noise and greenhouse gas (GHG) emissions from the ships while they are docked. When they are plugged in to shore power, their diesel engines can be shut down, which helps minimize air pollution.

Ships using shore power qualify for the port authority’s EcoAction program, which provides discounts on harbour dues and the opportunity to be recognized with a Blue Circle Award.