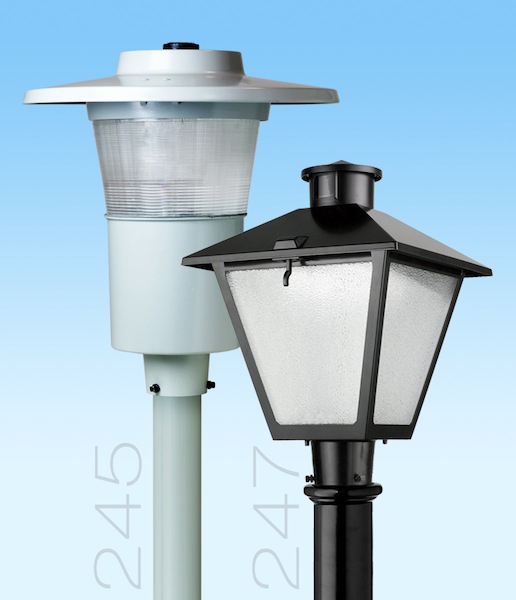 The Contempo and American Revolution luminaires feature an LED light engine rated for more than 100,000 hours at a 25C ambient. Its electronic multi-volt driver is rated for a minimum of 50,000 hours and up to 100,000 hours at 25C. A standard surge protection device and optional solid-state lighting photocontrol help protect against electrical disturbances, including lightning.

Downward lumens promise the same performance as up to a typical 150W HPS platform, with the fixtures available with six lumen packages and multiple distributions. The LED luminaires are offered with numerous options, including various optics, paint colours and colour temperatures of 3000K, 4000K or 5000K.