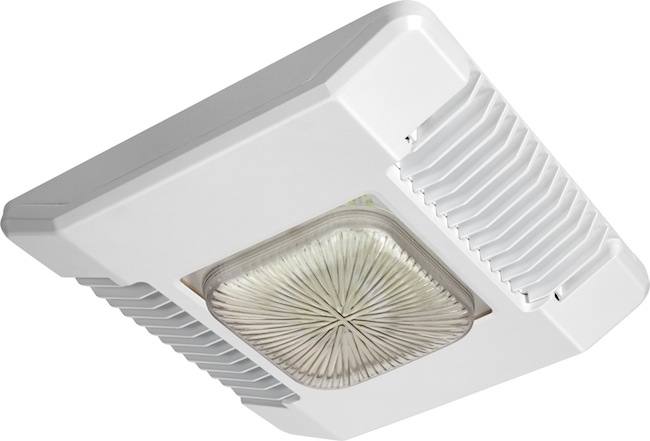 June 28, 2013 – The new LED canopy and soffit lighting series from Cree—CPY250—claims to set a new performance standard with 35% improved performance to competing LED luminaires, quick and easy installation and lower total cost of ownership. The series also claims to consume 75% less energy than traditional metal halide systems. Available in both flat and prismatic drop lens, the CPY250 provides two illumination aesthetics to meet the visual, as well as the vertical and horizontal illumination performance needs of a typical canopy application, says Cree. It can be mounted to a canopy deck and is secured in place with self-sealing screws.