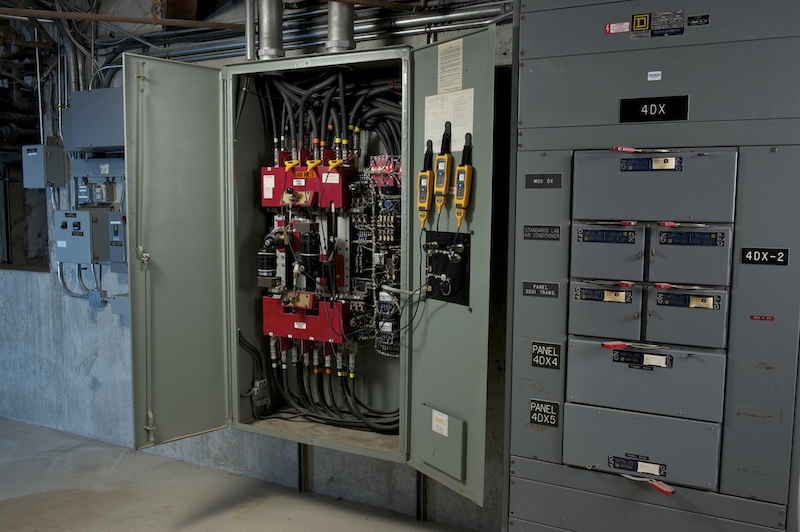 December 12, 2016 – Working on live circuits is probably most electricians’ least-favourite task but, sometimes, it’s the only way to get the job done. A journeyman electrician in the U.S. Midwest found a way to reduce his time in the arc flash zone by turning to wireless measurement tools.

One of Jim’s jobs requires taking quarterly voltage and amperage readings at a large data centre, which is always in flux as new computer racks are added and others become obsolete and are decommissioned. Quarterly power surveys let the customer know where power capacity is available for new racks, and which panels are near maximum capacity. Electricians need to take readings on about 9500 individual wires from the subfeeder breaker to the branch circuits.

Originally, the project required two electricians to suit up in full PPE before entering the arc flash zone. One used a clamp meter to measure each wire and call out the readings to the his partner, who stood nearby with a laptop and entered the values into the customer’s custom spreadsheet template. The job typically took about three weeks.

“A completely full panel requires 42 readings,” Jim explains. “We couldn’t turn anything off, so we had to suit up completely to meet NFPA 70E PPE requirements. That meant we were trying to communicate verbally while we both were wearing ear plugs and one had a face shield. It made it very difficult to convey the information accurately.”

One day, Jim saw an ad for wireless tools. The advertised system consisted of a master meter that could read measurements wirelessly from a series of current, voltage and temperature modules from several feet away. Within a week, he had checked out the wireless tools at a local distributor, received approval from his boss, and bought a wireless digital multimeter and clamp meter.

(In Jim’s case, they were both Fluke tools, forerunners of the Fluke Connect system.)

Jim reports the investment turned out to be a great move. Now an apprentice electrician, who’s not allowed to be in the arc flash zone, can stand 30-ft away from the test point with the meter that wirelessly receives the readings from the clamp meter that Jim attaches to each wire at the panel. The apprentice then enters the measurement into the spreadsheet.

“Each measurement takes only about three seconds so we get the job done in about eight days compared to 15 days with the previous process,” Jim notes. “That means half the time in the arc flash zone, and a savings for our customer.”

— With files from Fluke Corp.