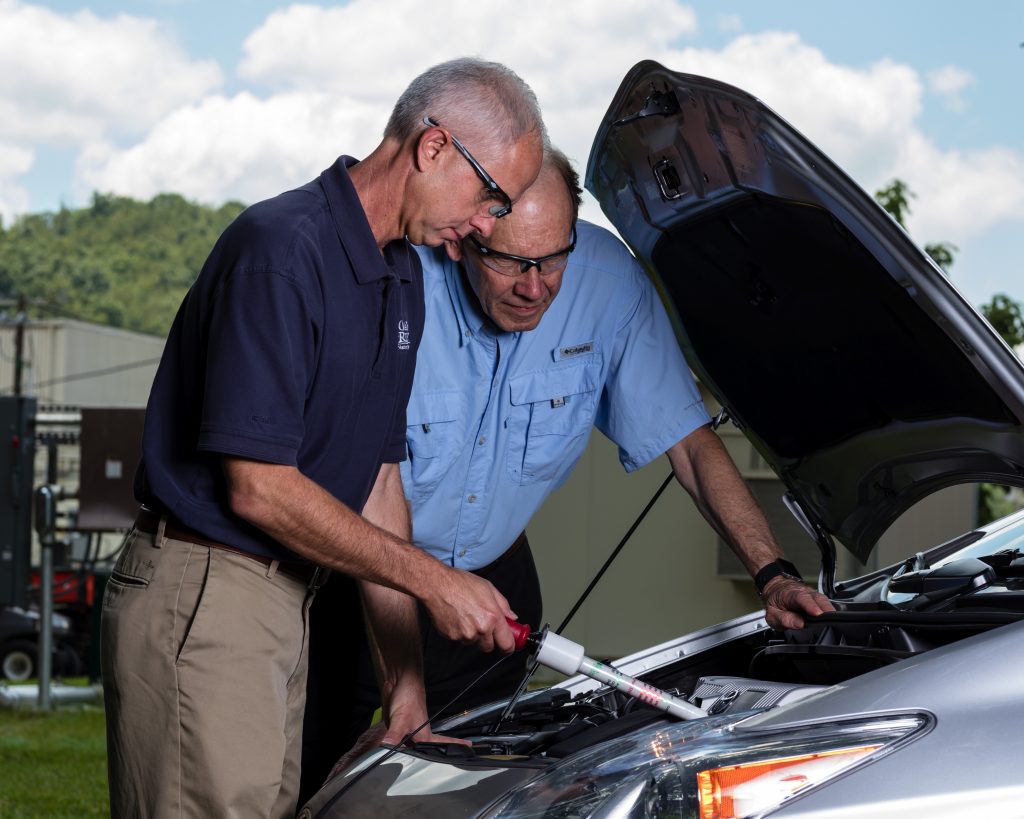 August 30, 2017 – With more volts than ever in electric vehicles (EVs) and solar-panelled rooftops, first responder and electrical worker safety is a growing concern. Researchers at Oak Ridge National Laboratory (ORNL in the U.S.) are addressing this challenge with the development of a probe to accurately detect direct current (DC) energy.

“If you can imagine… in an accident, a vehicle may be splayed open, and first responders need to know whether the car is carrying a charge before they can even touch it, much less cut through cables and extract a victim,” explained ORNL lead scientist Bruce Warmack. “That much voltage is potentially lethal, and can cause arc flash hazards or trigger explosions.”

Exposure to these high voltages is increasingly commonplace as technologies such as hybrid cars, EVs and solar panel arrays—all of which contain large amounts of DC power—are adopted by a growing number of consumers. Electric vehicles, for example, may carry as much as 400-600 volts, Warmack says. Battery packs are typically situated in the rear of EVs, with electrical cables running to the controller at the front and to other devices.

The patent-pending DC “hot stick” not only detects direct current voltage, but ensures the probe is properly tapped into the electrical lines being tested. The probe is designed to penetrate cable insulation and make contact with a conductor. It probe then indicates whether a cable is fully discharged of energy.

Making that contact is important. In preliminary work on the project, ORNL researcher Roger Kisner suggested a probe tip verification system that would ensure direct, galvanic contact was made.

One of the challenges for the project was dealing with DC voltage, which is more difficult than AC to work with, Warmack says.

“In certain cases you can get electrical fields from DC, but it is easily interfered with by plastics and other kinds of materials. It’s more or less a science experiment to find DC unless you make direct contact with the conductor using a voltmeter,” he added.

The researchers created a device similar in appearance to most existing AC probes and familiar to first responders. In fact, the DC probe can be designed to slip onto the end of an AC probe, and its functionality is quite simple. A green light indicates proper contact and, when voltage is detected, a red light illuminates.

The prototype is already being tested on a first responder vehicle in Frederick County, Md., Warmack noted.

“The probe would give a firefighter or other first responder assurance very quickly that the conductor is either not charged or needs to be handled with care,” Warmack said. “Our probe makes sure that an emergency worker or electrician has made contact and isn’t just hitting air or a piece of plastic. There’s really no tool that does this as effectively. This technology can save lives.”

ORNL engineer Nance Ericson, who designed the circuits for the probe, noted that while the system was designed for electric vehicles and solar panels, it could also be used to make measurements in a variety of settings. The circuit he developed can detect the presence of both AC and DC energy—or can ensure there is no stored energy present—a feature not available in existing electrical instruments.

“We see this technology extending well beyond the first responder community and improving the safety of electrical measurements in a wide variety of applications ranging from industrial power to home appliance repair,” Ericson said.

— With files from Stephanie G. Seay