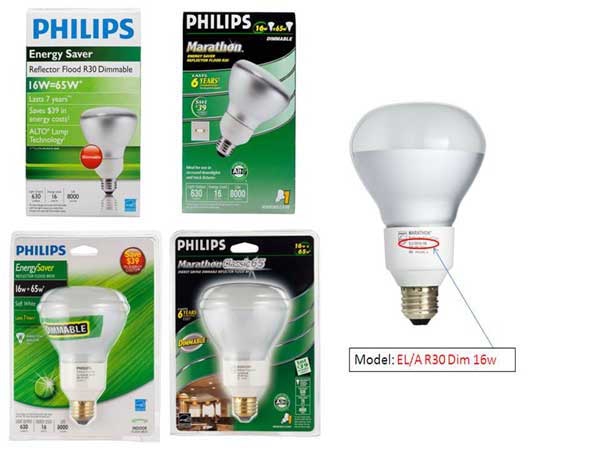 November 24, 2015 – The U.S. Consumer Product Safety Commission says Philips Lighting North America Corp. has agreed to pay a $2-million civil penalty to the government to settle charges that the company knowingly failed to report to CPSC information about a defect and a risk of injury with EnergySaver CFLs (a.k.a. Marathon or Marathon Classic).

According to CPSC, Philips (Somerset, N.J.) failed to report the matter to them after numerous complaints about glass separating from the body of the lamps and striking people and objects, and attempting multiple design changes to fix the problem. The incidents resulted in 10 reports of lacerations and seven reports of property damage.

The lamps were recalled in 2011. Philips does not admit to CPSC staff’s charges.

In addition to paying the $2 million civil penalty, CPSC says Philips has agreed to implement and maintain a compliance program to ensure compliance with the Consumer Product Safety Act (CPSA) and a related system of internal controls and procedures.