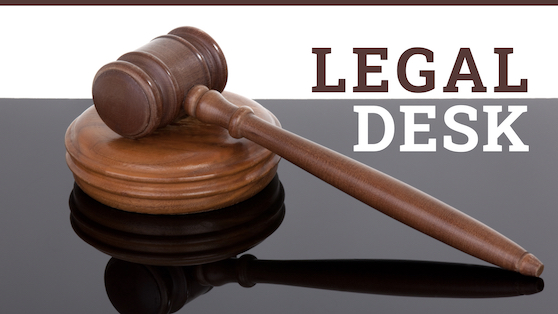 February 26, 2021 – Many subcontractors have experienced a variety of negative impacts arising out of the pandemic, which could lead to delay claims or lost productivity claims—the two of which are quite different from each other.

Delay claims largely focus on time impact and schedule analysis, measuring cause of effect on slippages from a baseline schedule to any as-built schedule, and actual completion dates of the activities identified in the schedules.

Productivity claims focus more on the sub’s own labour records, starting with its estimate, and moving through its costing records for labour hours used, plus the impact of certain events on the sub’s execution plan and its actual experiences.

I prefer the measured mile. It is a means by which you compare productivity on one portion of a project or similar project where there was no impact (a control) against a portion where an impact was experienced. The White Paper explains:

As mentioned, the rule is reasonable similarity. Thus, if the activity code in the example on page 4 is described as “Feeder Conduit 2 in. to 6 in.”, the comparison could include conduits of various sizes. The reported decisions at the major boards of contract appeals evaluate material types, jointing methods […] and other factors that need to be reasonably similar between the less-impacted and the impacted areas or time frames.

As claimant, you would then subtract the should have spent labour hours from the actual hours expended to solve for the inefficient hours. Actual productivity factor to install EMT in the less impacted area or time frame: 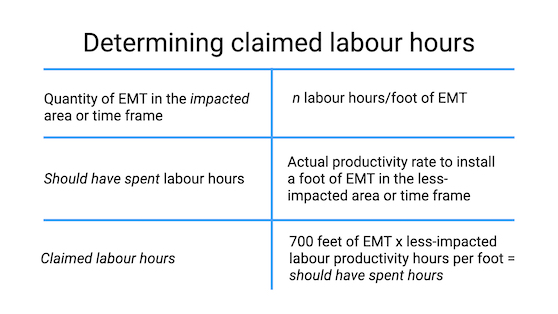 The White Paper, unfortunately, falls short on detailing the requirements you need to meet to make the measured mile useful.

Namely, your labour records need to be extremely detailed, identifying where each electrician was working at almost each hour of each day, or at least on what scope, geographically (e.g. 2nd floor) and by discipline (e.g. roughing in) that specific worker is performing. Being able to compare those records against your bid take-off makes the measured mile available to you.

This column—along with other great content—appears in the February 2021 edition of Electrical Business Magazine. Even more back issues are located in our Digital Archive.