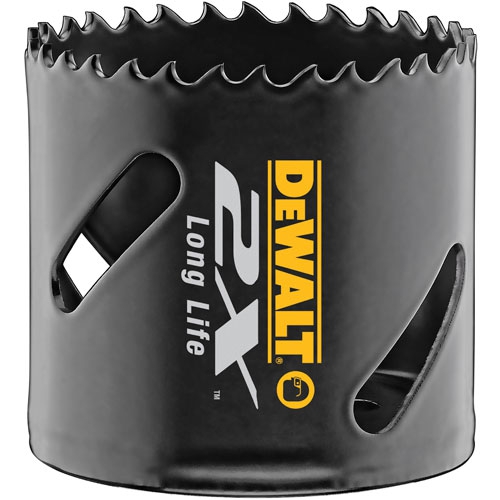 These hole saws are designed for use in metal and wood and are “ideal for tough applications like cutting into stainless steel”, said the company.

“We found that users were frustrated with the life of their hole saws, especially in metal applications,” said Greg Weston, brand director for Dewalt Canada. “Users were looking for a hole saw that performed well not only in wood, but also metal—they were tired of broken and dull teeth.”

A pilot bit, which the company said has also been improved from the previous design, was also added to extend life of the hole saw in metal applications.