“Our team’s engagement in a customer-first attitude, bias for action, aversion to bureaucracy and long-term vision has benefitted us for five generations.” 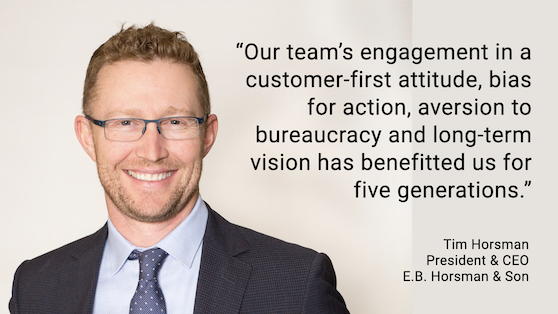 “Our [ESOP] is the natural evolution of our organizational culture,” added Horsman, “We have always benefitted from encouraging an ownership mindset with our employees, so it only made sense that we have an ESOP that engages our team in an ownership program that rewards long-term enterprise value creation.”

While based in British Columbia, EBH & Son was established in 1900 in Moosomin, Sask. Today, the full-line electrical distributor comprises some 300 employees in 21 locations, and is consistently ranked among Canada’s Best Managed companies.