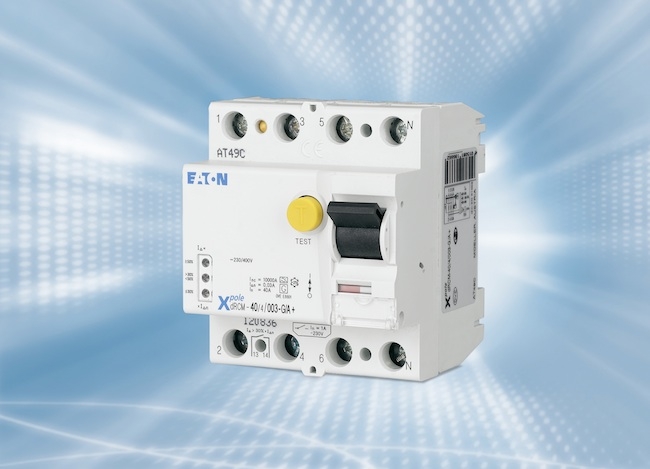 July 16, 2012 – Eaton’s Electrical Sector has expanded its product range with the launch of the xEffect series, where the first products to be released are a digital combined RCD/MCB (RCBO) device and a digital residual current circuit breaker (RCCB) with type B+ tripping characteristics. Designed for use in large residential and commercial building applications, the digital RCBO device monitors the state and registers possible faults using three LEDs. According to Eaton, thunderstorms and temporary faults do not affect the digital circuit breaker, due to its type G short-time delay and optimized tripping threshold. Meanwhile, the digital RCCB shows the earth leakage current present in real-time, using three LEDs and auxiliary contacts are used for external indication. It detects and disconnects all types of residual current, as well as DC residual currents and residual currents in the high frequency range. The device is best suited for use with industrial systems using frequency inverters and photovoltaic (PV) installations.