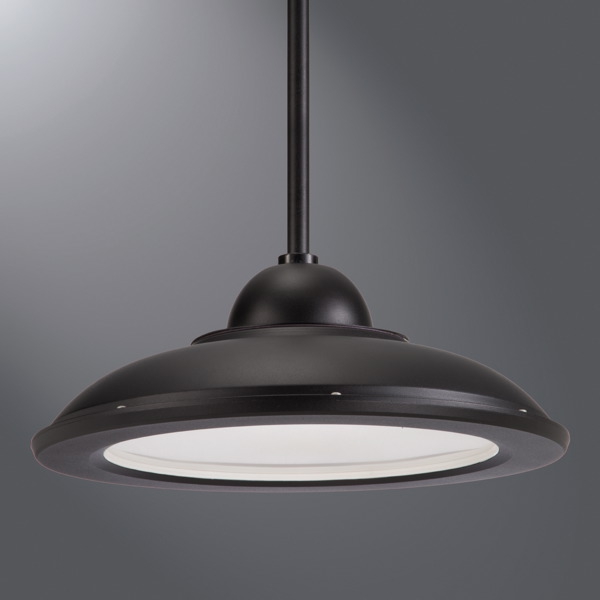 Delivering up to 100 lumens/W, the luminaire is available in five lumen packages ranging from 4500 to 9000 lumens, four correlated colour temperatures, including 2700K, 3000K, 3500K and 4000K and in 80 or 90 CRI. The product is offered in multiple mounting options, including ceiling, wall and pendant, or suspended by aircraft cables. The product is available in white, black, bronze and silver painted finishes. The luminaire is also available with a native Fifth Light DALI (digital addressable lighting interface) driver option for complete digital energy management in some configurations.