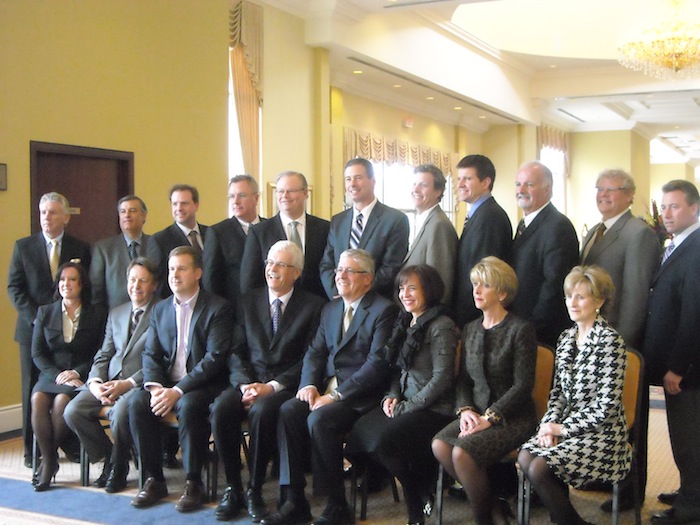 EBMag was there when Electro-Federation Canada (EFC), a national, not-for-profit industry association, announced the new board of directors for 2011-2012 at its Annual General Meeting on April 19 held at the Pearson Convention Center in Mississauga, Ont.

Jean Belhumeur, president of Leviton Manufacturing of Canada, was appointed Chair for the upcoming year. He previously served on the board as vice chair and treasurer. He succeeds Harald Henze, group vice president and general manager, Wesco Distribution Canada LP, who will continue to serve on the board as past chair.

CLICK HERE to see more photos from the event.