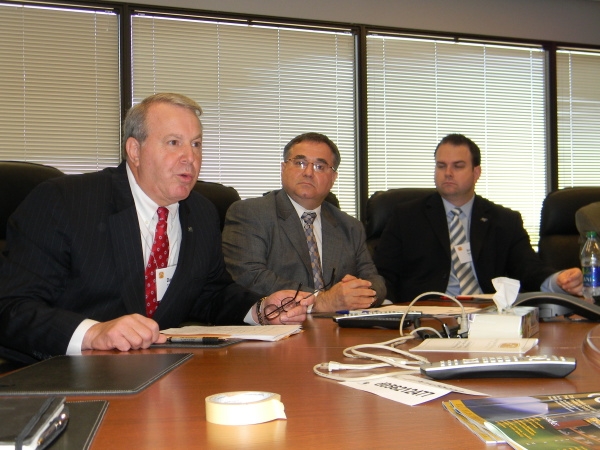 September 9, 2011 – EBMag was there today for the official launch of Electrical Safety Foundation International Canada (ESFI-Canada) – a new non-profit Canadian organization dedicated exclusively to promoting electrical safety. ESFI-Canada plans to leverage the achievements of ESFI over the last sixteen years in the U.S., including sponsorship of National Electrical Safety Month each May.

The organization also plans to engage in public education campaigns to prevent electrical fires, injuries, and fatalities, with its first campaign planned for later this fall.

“By uniting the efforts of many Canadian organizations interested in improving electrical safety, we can speed advancements and achievements nationally,” said Peter Marcucci, chair, ESFI-Canada and chief public safety officer, ESA. “What we can do together will always be more powerful than what any of us can achieve individually.”

“We’re very pleased that ESFI will now have a greater presence in Canada,” added David Tallman, ESFI board chairman and VP, Americas Marketing, Eaton Corporation. “In 2009, ESFI Mexico was launched so with today’s launch of ESFI-Canada we now have the ability to directly impact the safety of all residents of North America. While each ESFI affiliate will focus on addressing the unique needs of its own country, we share the common mission of reducing electrically-related fatalities, injuries and property loss worldwide.”

ESFI-Canada is a non-profit organization with an elected Board of Directors.