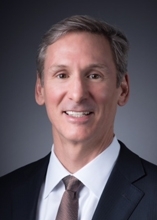 June 21, 2019 – Three executives of corporations that loom large in the electrical industry are among the winners of the Glassdoor Employees’ Choice Award honouring the Top CEOs in 2019.

High on the list for large U.S. companies, with a 95% approval rating, is Tom Linebarger (pictured), chair and CEO of Cummins, which manufactures paralleling controls, switchgear and other products for generators and power systems. He joined the company in 1993 and rose to president and chief operating officer (COO) in 2008, before taking on his current roles in 2012.

Matching Linebarger’s 95% rating is Michael F. Roman of 3M. An electrical engineer by training, Roman has spent much of his career in various divisions of 3M—from safety and security to renewable energy—before being named CEO and chair in 2018.

Finally, Schneider Electric CEO and chair Jean-Pascal Tricoire earned a 94% rating. He worked for Merlin Gerin when it was acquired by Schneider in the 1980s, at which point he joined international operations. Tricoire became COO in 2003 and took on his current roles in 2006.

The awards are based on anonymous and voluntary feedback from employees over the past year. (Glassdoor is a job and recruiting site.)