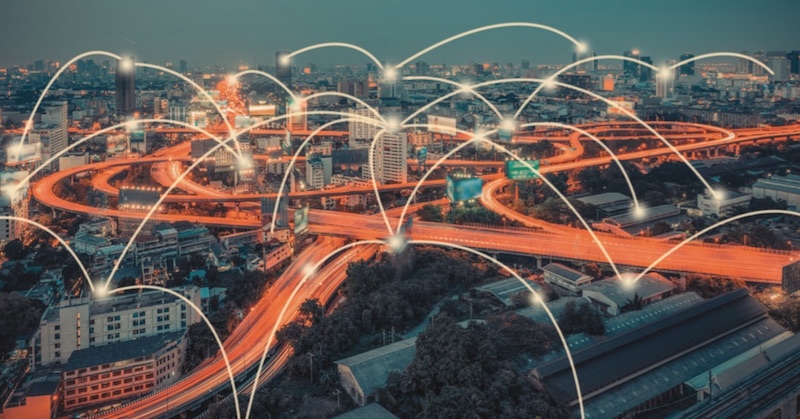 June 28, 2017 – Smart lighting applications have the potential to reduce energy costs for office buildings and industrial facilities by as much as 90% according to Gartner, a research and advisory company.* However, smart lighting goes beyond simply installing solid-state lighting (SSL) and retrofitting programmable LEDs.

Manufacturers are already starting to build intelligence into their luminaires with programmable features in the SSL components. So the challenge, then, isn’t making SSL systems smarter—it’s with communications and connectivity. Lighting control standards are still evolving and, without a common language, connectivity is useless. We need interoperable standards to realize energy savings from smart lighting.

Before delving into a discussion of lighting communications standards, let’s consider some of the potential energy-saving applications for smart lighting:

• Using SSL lighting connected to sensors makes it possible to adjust light levels based on conditions such as the amount of sunlight present or room occupancy.

• Connecting those lights to an automated control system usually qualifies your building to receive a lower energy rate in exchange for participation in demand response (DR) programs.

• Dark areas that need to be lighted at night (e.g. parking lots) can be equipped with sensors to illuminate only those areas required to get to your car, or for safety, or where motion is detected.

• Many buildings are mixing older LED fixtures with newer ones, which tend to be brighter. Smart lighting controls can tune individual unit light intensity or colour temperature to provide consistent illumination.

• Cities are looking at smart lighting for specialized applications, such as sensor controls for streetlights and pathways, tunable outdoor lighting, and controlling streetlights to aid with law enforcement and crowd control.

As with all fledgling applications, standardization has yet to establish a common ground for interoperability.

Standards provide a lighting control lingua franca
It has been proven that well-defined industry standards promote growth and technology adoption in other industries. Consider the impact that Bluetooth and Wi-Fi have had in wireless connectivity: they are widely adopted because the standards are well-documented and well-understood; vendors can design products that are guaranteed to interoperate with other products complying with the same standard. That’s why you can buy a smartphone, tablet or laptop from any manufacturer and be assured they will connect with Wi-Fi and Bluetooth devices from any other vendor.

Adopting common standards promotes wider standards adoption. Metcalfe’s Law (coined by ethernet creator Robert Metcalfe) suggests the value of a connected system is equal to the square of the number of connected users or devices (Figure 1).

The same is true for smart lighting. The value of the smart lighting infrastructure (including the amount of energy savings) is equivalent to the number of devices squared but, to realize that value, the smart luminaries must have common protocols or standards for communications.

An explanation of how networking protocols operate demonstrates how standards promote interoperability. I like to use the analogy comparing the OSI (Open System Interconnection) protocol stack for networking with the postal service (Figure 2).

At the top, the Application layer provides the information or data presentation, much like a letter. The Session layer is what allows applications to communicate, much as a letter is carried in a mail bag.

The Transport layer moves the data between systems, just as a mail cart routes the mailbag to the right bin for delivery. The Network layer is responsible for establishing the route to the end point, much as a postal container is tagged using postal codes to be routed to its final destination.

The Data Link layer is responsible for decoding the message, just as the mail carrier uses zip codes and addresses to sort mail for final delivery. The entire infrastructure is supported by the Physical layer, which is the highway that provides end-to-end delivery.

I call this a “wired” protocol. Were the Data Link layer an airplane, you could consider it a “wireless” system.

Standardized lighting control protocols will have to operate in much the same way. Lighting control data must be generated, routed, delivered and decrypted at the receiving end so the programmed instructions can be turned into executable instructions. Protocols need to be understood and acknowledged at each step, just as zip codes provide a common protocol for routing mail.

When you don’t understand how to read the routing codes, the package gets lost. Similarly, without a common control standard, the instructions are meaningless; it would be similar to sending a letter written in English to a recipient who only reads Mandarin.

The race to win the standard
As with any emerging technology, creating standards is largely a footrace to see who can come up with the first viable approach. The early adopters will embrace the first solution to a standardization problem and, the more widespread the adoption, the greater the advantage to vendors with the first standards proposals.

However, it seldom pays to back the first vendor to provide a solution. A single-vendor solution tends to create a closed system rather than a new standard; it takes multiple vendors working together to agree on a standard. For example, consider the evolution of home videocassettes. Sony’s Betamax platform faded as a proprietary system while VHS flourished because Philips made the standard openly available to other manufacturers.

Similarly, consider the fate of Novell’s network operating system, NetWare. Novell had a virtual monopoly with NetWare as the network operating system of choice for personal computers and offices in 1990. Today, NetWare is extinct and has been replaced by open internet standards that guarantee communication and interoperability.

To create a common standard, vendors have to agree on protocols that promote interoperability. Even manufacturers that command a large market share, such as Apple, realize their technology won’t thrive without interoperability, which is why Apple offers its iOS platform as open source code to third-party developers.

Everyone has their own standards
In many ways, standards are like opinions: everyone has one. The lighting industry has a number of control standards that are already being adopted and adapted, and are favoured by different vendors, including:

Zigbee
Zigbee (zigbee.org) is a wireless specification (IEEE 802.15.4) for personal area networks involving low-power applications (10 to 100 metres), such as home automation. Zigbee provides control over different types of devices, including lighting, and has already been endorsed by the Connected Lighting Alliance. Many experts consider Zigbee to be the ideal standard for managing devices such as lighting as part of the internet of things.

TALQ
The TALQ Consortium is working to create a software protocol specification that can serve as an interface between control systems and outdoor lighting networks (talq-consortium.org). The protocol is structured to be independent of the physical communications layer (e.g. cable, wireless, powerlines) to make it more versatile and support future enhancements.

DALI
The Digital Addressable Lighting Interface (dali-ag.org) is growing in popularity as the wired standard for digital lighting controls and building automation, including lighting. Founded by Philips in 1964 and specified by technical standards IEC 62386 and IEC 60929, DALI will likely serve as a successor to conventional lighting controls, providing a common interface for interoperability.

Even with these standards, compliance is not assured. For example, the DALI standard has approved compliance testing to qualify for a DALI trademark, but some vendors offer DALI “super set” functionality. These derivative DALI implementations are vendor-specific and are not compatible with other DALI systems.

Zigbee compliance is even more convoluted because of differing interpretations of the standard. For example, the Zigbee 0-10V dimming standard for LEDs does not specify when a luminaire actually turns Off, so two luminaires can receive the same control signal and one may turn Off while the other just dims to a low lighting level.

Interoperability is going to become increasingly important as new lighting technologies continue to evolve, and as building managers seek new ways to extend and automate lighting control—as well as save energy. That means building architects and administrators are going to demand more systems and vendor interoperability and look more closely at certifications and standards compliance claims.

For vendors and manufacturers, it also means more testing and more rigorous certification procedures to prove interoperability. Existing standards are sure to mature and new standards will emerge. Lighting vendors are going to have to ensure that legacy luminaires and next-generation lighting systems support common standards, especially lighting controls. And lighting customers are going to have to look carefully to ensure products comply with the right standards and offer proven interoperability.

Russ Sharer is vice-president of Global Marketing & Business Development for Fulham Co. Inc., a manufacturer of lighting subsystems and components for lighting manufacturers. He possesses over 25 years of experience in B2B marketing and sales, including successful software and network equipment start-ups.

* This article also appears in the June 2017 edition of Electrical Business Magazine. Check out our ARCHIVE page for back issues.