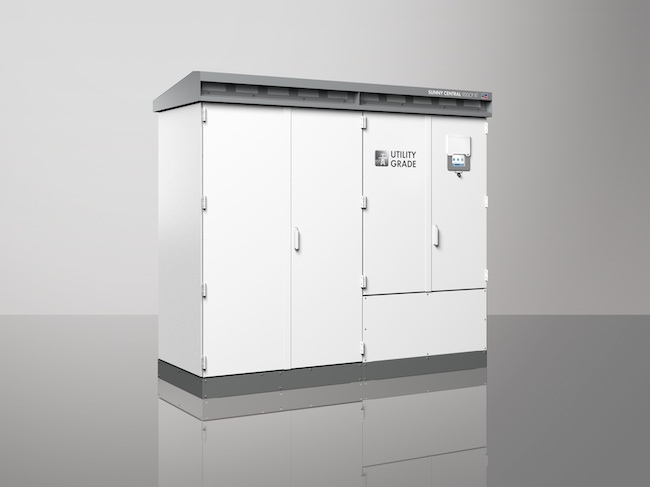 December 21, 2012 – SMA has upgraded and rebranded its Sunny Central CP utility-scale solar inverter series, which now features two new power classes and an extended minimum DC voltage range, with seven models ranging from 500-900 kVA. The inverters are equipped with SMA’s OptiCool temperature management system, which enable lasting, reliable performance even in extreme temperatures, according to SMA, adding that the line delivers 10% over nameplate output capacity at temperatures up to 25ºC.