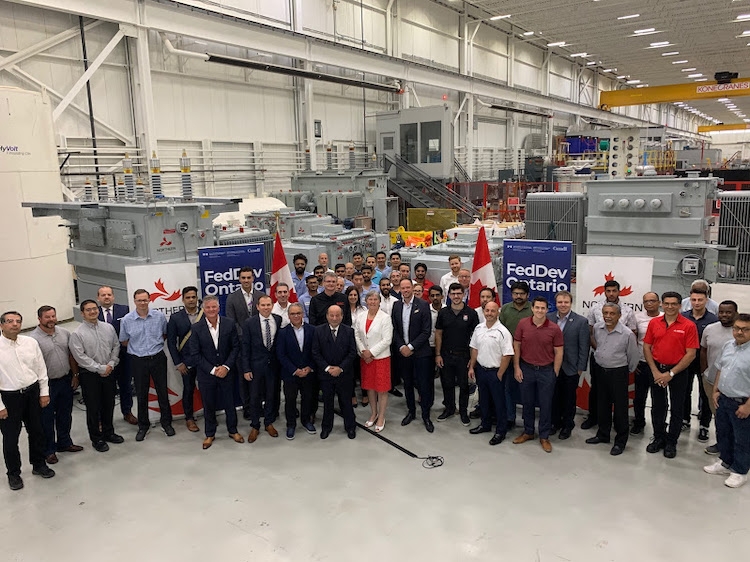 The announcement was made on Friday by King-Vaughan MP Deborah Schulte on behalf of the federal minister of innovation, science and economic development, Navdeep Bains, who is responsible for FedDev Ontario. The funding will support a nearly $11.7-million retrofit of Northern Transformer’s 105,000-sf facility with new equipment, including vapour phase drying technology that will save energy compared to conventional heating processes and remove humidity more efficiently.

“We are delighted to be increasing our capabilities for the electricity generation, transmission and distribution sector,” said Alexei Miecznikowski, CEO of Northern Transformer.

“As Northern Transformer scales up its operations and expands to new markets, this will also translate to economic growth for local suppliers in the region,” Schulte added.

Established in 1981, the company has supplied more than 500 transformers to the North American utility market. Since 2012, it has quadrupled its full-time workforce, from 24 to 97. In 2016, it relocated all operations—including research and development (R&D), design, production and testing—to its current facility.