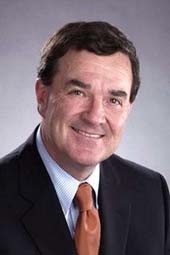 “While Canada has seen steady job creation since the end of the global recession with over one million net new jobs, significant challenges remain in the global economy,” said Jim Flaherty, minister of finance. “This tax relief will help support Canada’s continued economic recovery and sustained, business-led, long-term growth.”

Since July 2009, employment has increased by more than one million jobs, the strongest job growth among Group of Seven (G-7) countries over the recovery, says the government. Close to 90% of all jobs created since that time have been full-time positions, with more than 80% in the private sector and two-thirds in high-wage industries, added the feds.

Falling unemployment over the recovery means the EI Operating Account is on track to return to balance, added Ottawa, and the premium rate increases previously projected are no longer necessary.

“This move will keep hundreds of millions of dollars in the pockets of employers and employees, which can only be a positive for the Canadian economy,” said Dan Kelly, president and CEO of the Canadian Federation of Independent Business (CFIB). “As employers pay 60% of the cost of the EI system, small firms can use these savings to hire, improve wages or help grow their businesses.”

Starting in 2017, the EI premium rate will be set annually at a 7-year break-even rate, explains the government, adding this will ensure EI premiums are no higher than needed to pay for the EI program over that period.