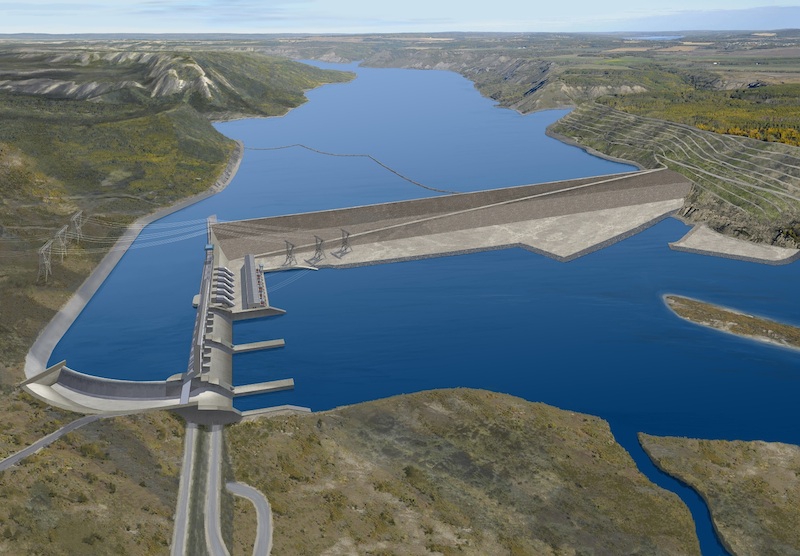 December 11, 2015 – First Nation chiefs from British Columbia and representatives from the Assembly of First Nations are calling on Canadian Prime Minister Justin Trudeau to take a second look at a cabinet decision of the former federal government that provided initial approval of the controversial Site C dam.

The Chiefs are also seeking a halt on any further federal permitting until the issue of Treaty rights infringement arising from the project is fully examined and resolved.

The proposed dam, which received provincial and federal environmental approval in October 2014, would flood nearly 23,000 hectares of land along 107 km of the Peace River, Moberly River, Halfway River and their tributaries, according to the Prophet River First Nation.

“We’ve already lost 70% of the valley to two massive reservoirs that have poisoned fish, wiped out hunting and gathering grounds and flooded burial sites. Ottawa must not allow what little remains to be wiped out as well,” said West Moberly First Nations Chief Roland Willson.

The proposed dam is not yet even close to construction and several approvals by the Department of Fisheries and Oceans and by Transport Canada have not yet been granted, the Prophet River First Nation added.

The federal government is currently opposing the West Moberly and Prophet River First Nations in court after the two Treaty 8 First Nations launched an appeal of a federal court decision ruling that the federal cabinet can effectively approve a megaproject that infringes on Treaty rights and violates section 35 of the Constitution Act.

It’s not to late to stop the project, said Chief Lynette Tsakoza of the Prophet River First Nation, noting that the British Columbia government announced only two weeks ago the companies that were to be awarded the major construction project at the dam site. A contract setting out the terms of that work has not yet been signed, she added.

The site would provide 1100MW of capacity, and produce about 5100 GWh of electricity each year. By relying on the existing Williston Reservoir for water storage, Site C would be able to generate about 35% of the energy produced at the W.A.C. Bennett Dam with only 5% of the reservoir area.