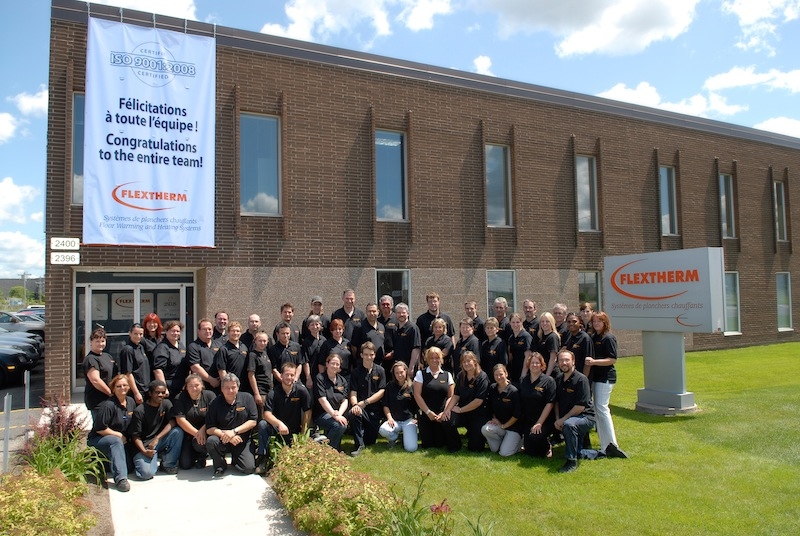 July 5, 2011 – This year marks the 20th anniversary of Flextherm, a company that specializes in the design, manufacturing and sale of heating systems, which was founded in Longueuil on the South shore of Montréal.

Known as an innovator and an inventor, founding president Philippe Charron did not waste any time in shaking things up and reinventing floor heating systems, described the company, adding that nine months after Flextherm was created, it received the Canadian Standards Association (CSA) certification for its Pro Series cable.

“Since its creation, Flextherm keeps innovating, progressing, improving its products and creating new ones. Its concern for utmost quality and improvement and its sincere desire to satisfy its clientele help Flextherm maintain an enviable position as a world-leading manufacturer,” said the company.