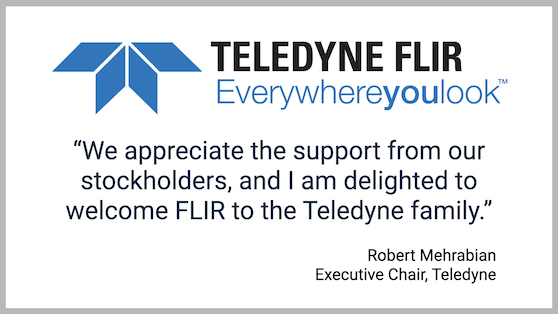 July 8, 2021 – Teledyne Technologies Inc. has completed its acquisition of FLIR Systems Inc. It will be included in Teledyne’s Digital Imaging segment and operate under the name “Teledyne FLIR”.

“We appreciate the support from our stockholders, and I am delighted to welcome FLIR to the Teledyne family,” said Robert Mehrabian, executive chair, Teledyne.