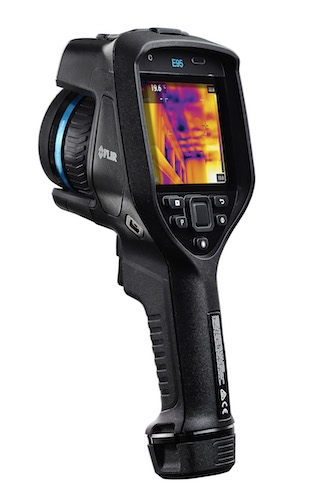 The Exx-Series now also features laser distance measurement, and specifically for the FLIR E85 and E95 models, it provides the data for on-screen area measurement in sf or meters. In addition, the FLIR E85 and E95 models offer increased thermal detector resolutions with up to 464×348 (161,472 pixels) and measure temperatures up to 1500 degrees Celsius.

In conjunction with FLIR Tools, the FLIR E75, E85, and E95 are the first Exx cameras to offer UltraMax, FLIR’s embedded, “super-resolution process that improves effective resolution by four times – up to 645,888 pixels – and thermal sensitivity by up to 50%”, according to the company.

The cameras will be available for sale in March.