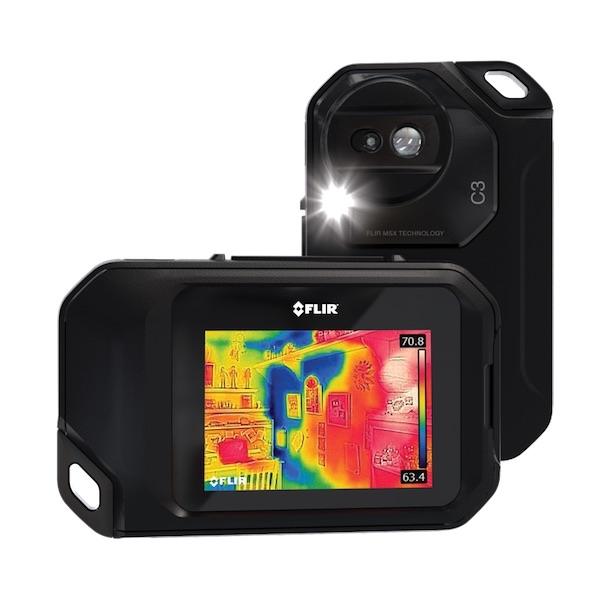 With a 3-in. touchscreen, the FLIR C3 is equipped with a visible and thermal camera, and includes FLIR’s MSX technology, which adds details from the onboard visible light camera to the thermal image to create sharper thermal detail.

Additional features include higher thermal sensitivity for accurate temperature readings, such as the FLIR C3’s hot or cold spot feature, which helps users quickly measure within a defined area box. Also included is a new picture-in-picture function so users can compare the thermal image against the visible image.

The FLIR C3 also features Wi-Fi connectivity for image transfer —using the FLIR Tools mobile app, users can transfer images, build a report and send them to clients or colleagues from the jobsite.