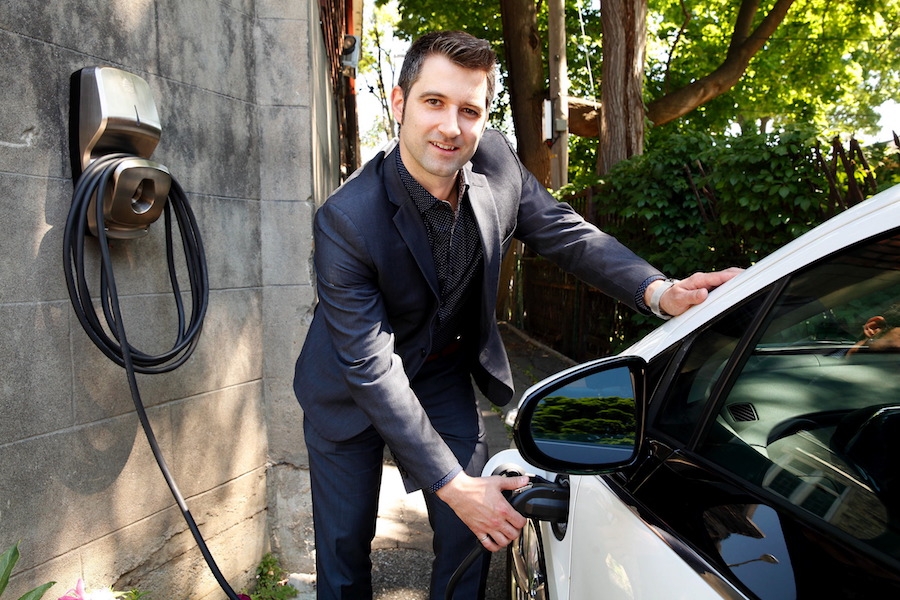 January 24, 2017 – The FLO electric vehicle charging network (operated by AddÉnergie) has partnered with Nissan Canada to “encourage and ease EV adoption throughout the country”.

“With this partnership, we want to simplify the decision of buying an electric car by fulfilling EV drivers’ charging needs at home and on the road, straight from the dealership,” said Louis Tremblay, president & CEO of FLO (photo).

Nissan Canada will offer a $500 discount on the new FLO home charging station to buyers of its Leaf EV through participating dealership between January 20 and March 31, 2017. FLO will offer those buyers a free access card to its charging network of roughly 3000 stations.

Available since December 2016, the new FLO home charging station will be presented to the public at the Nissan Canada kiosk during the 2017 Montreal Auto Show (on now) at the Palais des congrès de Montréal.

“Since the launch of the Nissan Leaf in 2011, Nissan Canada has demonstrated its commitment to supporting electric mobility in the province of Quebec through its engagement in several projects, notably, the development of public charging infrastructure,” commented François Lefèvre of Nissan Canada.

Designed and manufactured in Quebec by AddÉnergie, the FLO Home charging station should be compatible with all models of fully electric and plug-in hybrid vehicles.