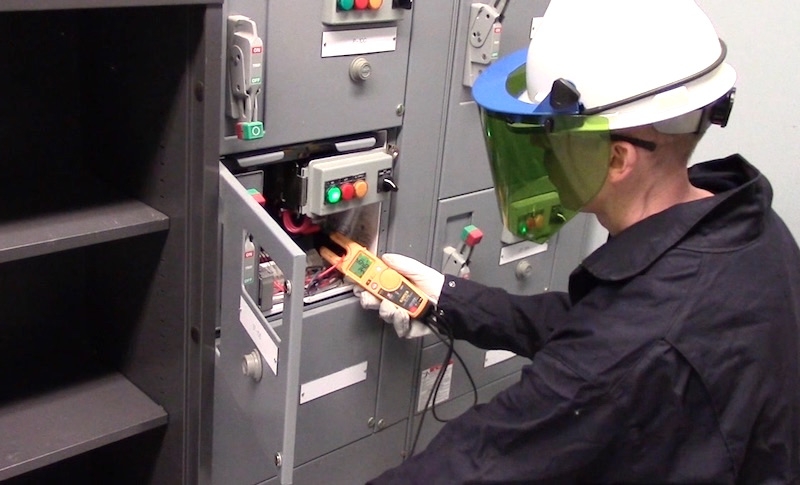 With the T6-600 and T6-1000, you can measure voltage up to 1000V through the open fork without test leads or exposed conductors, and also take true-rms measurements in crowded junction boxes or along conductors with inaccessible end points. Featuring “the widest open fork in the industry”, the testers can measure 4/0 wires upward, with current up to 200A. The T6-1000 is 1000V Cat III, 600V Cat IV rated, while the T6-600 is rated 1000V Cat III, 600V Cat III.

For the last 30 years, standard electrical testing tools required three hands: two for the leads and one to hold the tester itself. Naturally, we don’t have three hands, so the tester was often perched somewhere precariously, and would eventually fall with a loud bang while you’ve got your head inside an electrical panel.

This unit is slick! Simply take the tester, slide it over the conductor and an indicating light shows proper installation while the screen shows the readings you require. The “Hold Button” maintains the reading until you no longer require it.

This is an impressive, convenient and rugged testing tool. Right out of the case, the T6-1000’s initial set-up was simple. Staff was able to start using the device right away.

The dial is clear and easy to use. The LCD display is clear and concise, with easy-to-read values. Quick, simple, easy and much safer is how I would describe the T6-1000 tester. You will never miss your wiggy again.

The tester would certainly pay for itself through its simplified use over the life of the tool; however, this unit would be far more cost-effective on volume projects. Another benefit with this tester is that you don’t need any portion of the conductor exposed. Raceways, pull boxes and wiring tray can all be identified.