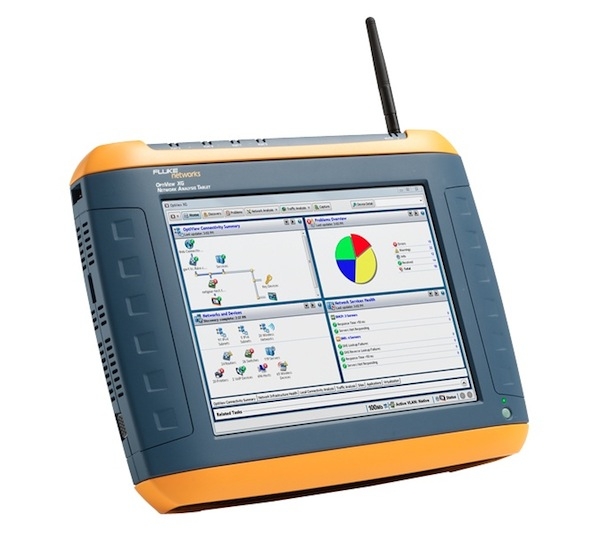 The tour starts September 7 (tomorrow!) and stops in various Canadian cities until October 7.

“OptiView XG raises the bar for analyzing and troubleshooting performance problems with the ease of use network engineers need; quick problem resolution end users want; and new technologies your organization needs to thrive in a connected world,” said Fluke. “It’s an instant, integrated window into your network in a form factor – the tablet – that you can take from the data center, to the production floor, to the office desktop.”

According to Fluke, the tablet is designed to provide a wide range of functionality necessary to adapt to the dynamic and diverse networks of today through various features including:

Debra Curtis, research vice president and analyst at Gartner, said the time is now for tools like OptiView XG. “The ability to solve both network and application problems is crucial for today’s network engineers,” she said. “That need, combined with critical staff levels in many organizations, means tools that integrate multiple functions, and automate the collection of performance data will be key to greater efficiency and less downtime.”