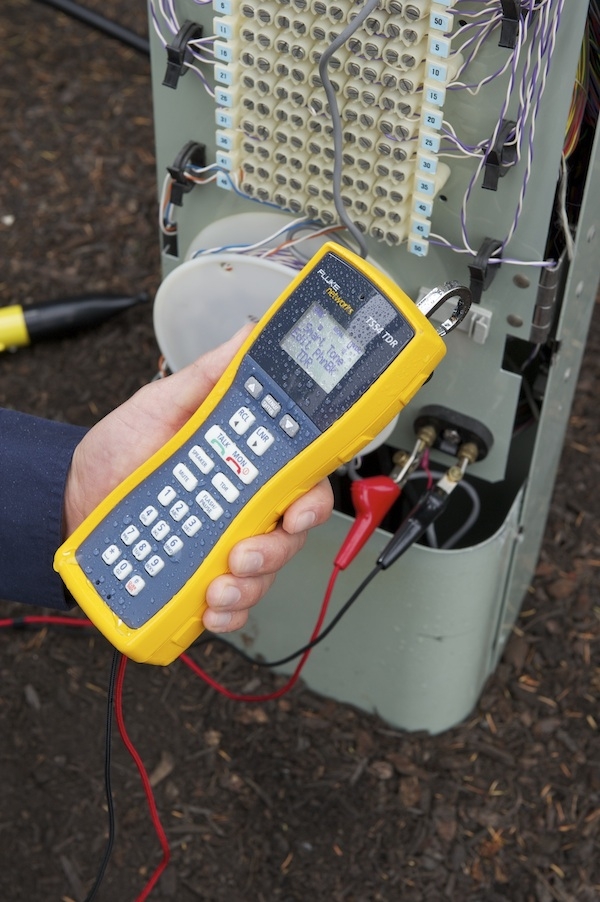 January 9, 2013 – Fluke Networks has released the TS54 TDR telephone test set, claiming to be 62% lighter and 20% more cost effective than other similar solutions on the market. The TS54 tester, which combines voice, data and video testing functions into one tool, also passes a 20-ft. concrete drop test, adds Fluke. It also features open/short circuit detection to 3,000 ft., a built-in toner with five tones, SmartTone functionality for pair identification, and glow in the dark keys and backlit LCD screen.