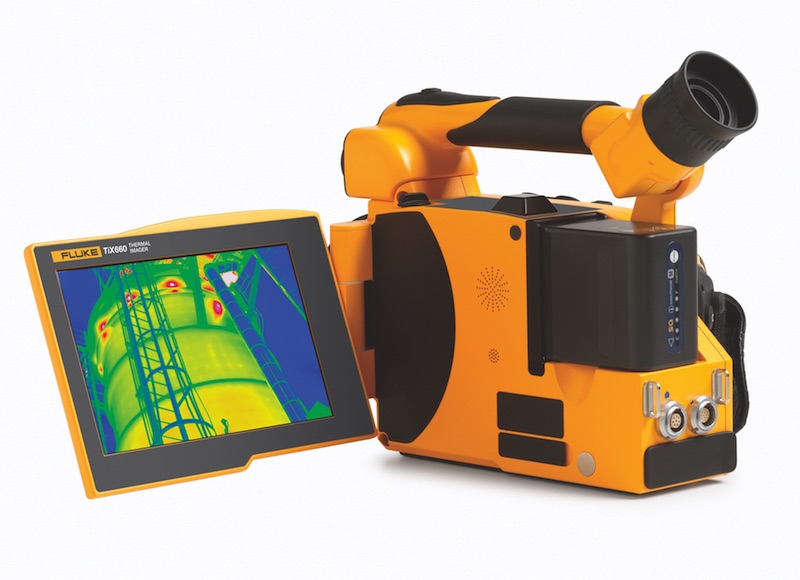 The cameras feature up to 10X the on-camera pixels as standard 320×240 units, says Fluke, while a 5.6-in. articulating display helps you identify issues in the field. The TiX Expert Series promises detailed image quality, advanced focusing options, and the versatility to capture measurements from challenging targets.

The SuperResolution mode feature on the TiX1000 and TiX660 cameras increases image resolution when viewed in the included SmartView software (4X more than what you get on camera). With eight lens options (2 telephoto, 2 wide angle, 3 macro and 1 standard), the TiX Series can capture images from very close up to long range to meet a variety of applications. Fluke SmartView software, meantime, combines the images taken from multiple focal distances and creates an image that sharpens the detail of not just the initial focal point, but the elements around it. The TiX Series is also part of the Fluke Connect system of connected tools.