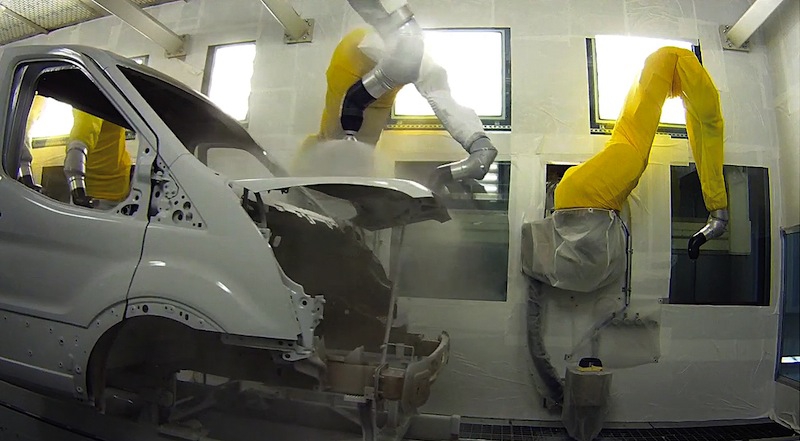 May 27, 2014 – The new Ford Transit makes its North American debut with more durable paint, says the maker, thanks to an industry-first paint technology that uses a new two-wet monocoat paint process.

The new paint was tested for its resistance to chipping and scratching, pollutants and sun exposure. Advanced weathering testing indicates that paint applied with the new technology will retain 90% of its gloss at four years in service compared to 1% gloss retention for paint applied using a conventional monocoat process.

The new paint procedure is being used for white-coloured vehicles, which account for 80% of Ford Transit production at Kansas City Assembly Plant. As each colour must be developed uniquely for the two-wet monocoat process, other colours will be considered based on demand. A conventional three-wet process (primer, base coat, clear coat) remains in use for metallic-coloured vehicles.

The new paint process uses less energy and water, says Ford, adding the reduction in paint and energy consumed is expected to result in 9500 tons fewer carbon dioxide emissions and a 35-ton savings in particulate emissions on an annual basis. A dry scrubber system will help save more than 10.5 million gallons of water. Overall, the system should save 48,000 MWh of electrical power.