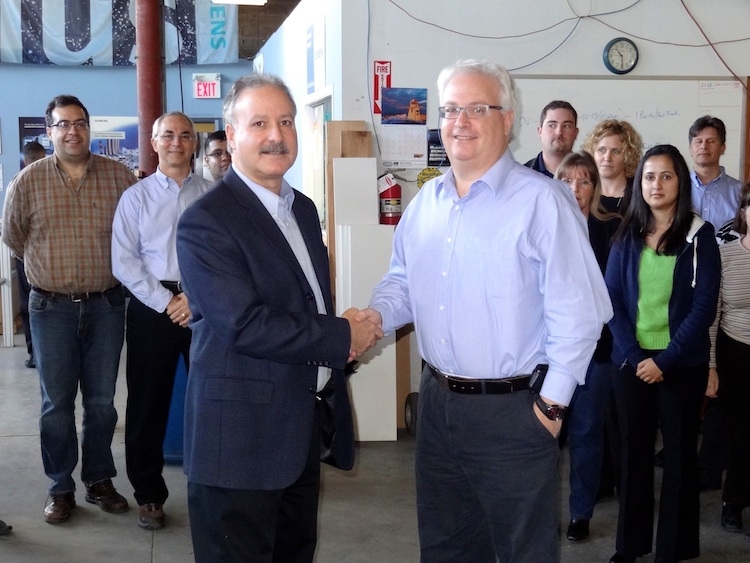 (Photo from left to right: Clifford Backman, vice president and owner of Franklin Empire, and Rob Elder, president of Ontor.)

“This is really an excellent fit for two family-operated businesses. The management of both companies are extremely excited about the opportunities this acquisition will provide to their combined staff, customers and vendors moving forward,” said the companies. “Ontor’s customers will have access to a vastly larger basket of electrical products and Franklin Empire staff will gain new market opportunities and forge new supplier relationships.”

The remaining Ontor divisions, HVAC and Romark, are not a part of this acquisition and will continue under Ontor Ltd. The sale is expected to close on January 17 and all of Ontor’s ISD staff and inventory will merge into Franklin Empire’s nearest locations after.