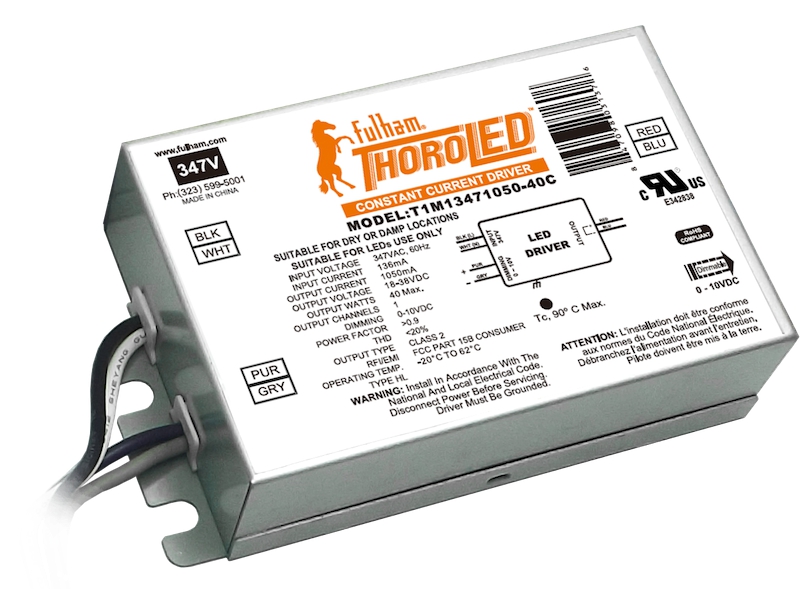 April 2, 2015 – Fulham has announced the expansion of its ThoroLED brand of 347V constant current LED drivers.