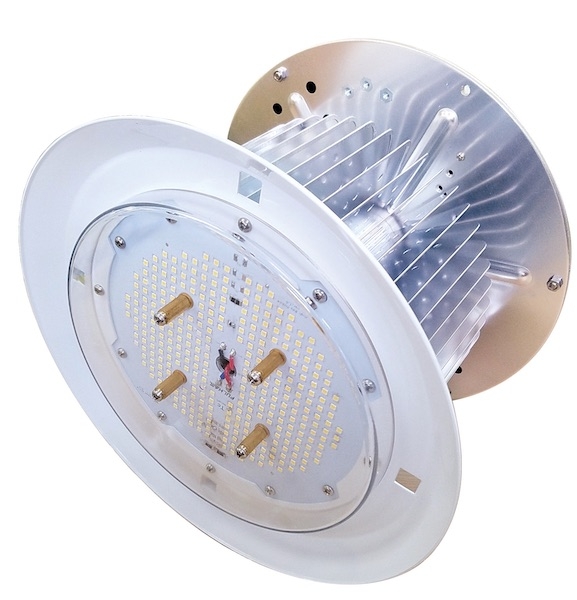 The ThoroLED high-bay retrofit kit is suitable for acrylic high-bay and low-bay installations in buildings where 400W HID luminaires are normally used. The surface-mounted LED driver can handle 120V to 277V input, and the driver can be programmed to optimize power consumption and lumen output. The kit also has a built-in heat sink with integrated thermal management.

Available in 4000K and 5000K, the kit uses Fulham’s constant current, 300W non-Class 2 round LED DC module with surface mounted LEDs. The LED driver features 0-10V dimming with a max input power of 220W and an output of 26,300 lumens. The driver can also be programmed from 200W to 80W for multiple applications and to minimize power consumption. The kit is also compatible with many daylight-harvesting controls, occupancy sensors and building automation systems.