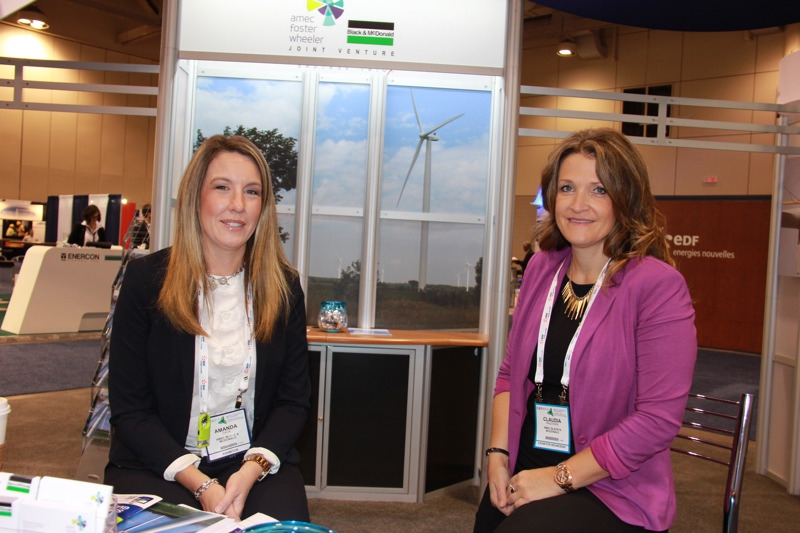 October 9, 2015 – The Metro Toronto Convention Centre was buzzing with talk of turbines and batteries earlier this week as the Canadian Wind Energy Association (CanWEA) hosted its 31st annual conference & exhibition.

Over 100 exhibitors including Clean Energy BC, Delom Services, Enercon Canada, General Cable, Plug’N Drive and more, were on site for the two-day event. There were plenary sessions on realizing wind’s potential and wind’s status in the Canadian market as well as various panel discussions on energy storage, integration, best conversion strategies, and emerging research in wind turbines and human health—just to name a few.

Later, delegates also heard how the industry is working to build the next 10,000MW and learned that by the end of the year, new installations in Ontario and Quebec will make the major contribution to 1,500 MW of new capacity in Canada this year.