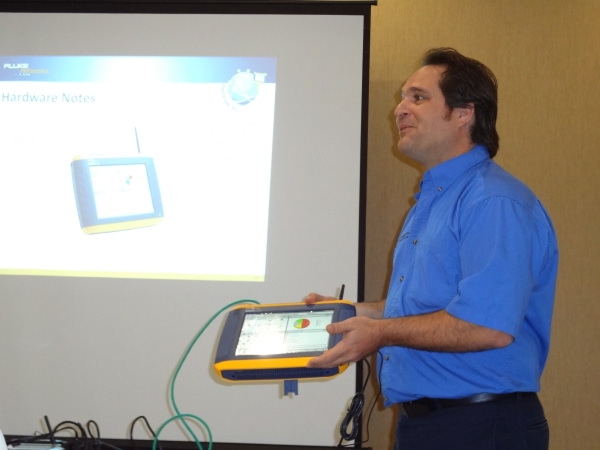 September 22, 2011 – EBMag was there when Fluke Networks stopped in Markham, Ont. on Sept. 16 as part of its Canadian tour of the OptiView XG Network Analysis Tablet – a dedicated tablet with automated network and application analysis. Describing it as the world’s first network analysis tablet, Fluke says the OptiView XG raises the bar for analyzing and troubleshooting performance problems with the ease of use network engineers need. The Markham workshop was led by Tony Fortunato, senior network performance specialist at the Technology Firm, and Chuck Dykstra, Fluke Networks Canada, Toronto.

The tour stops in various Canadian cities until October 7. CLICK HERE to read more of EBMag’s coverage about the tablet. (Photos A. Dalton)