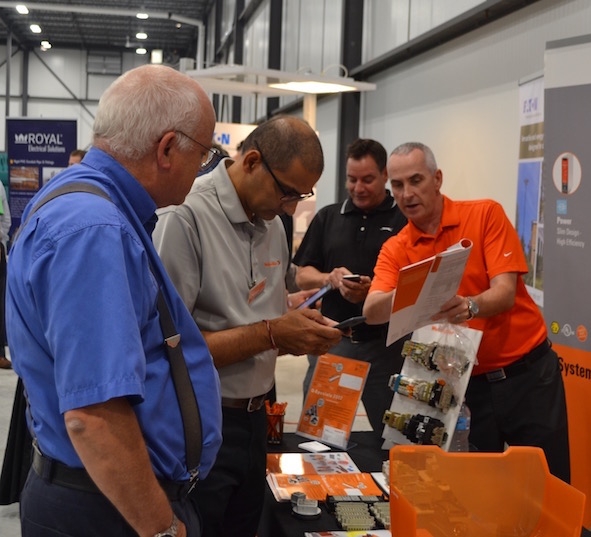 September 20, 2017* – Yesterday, Franklin Empire hosted its fifth annual Customer Appreciation Day & Tradeshow at its Toronto location on Carlingview Drive. But this year stood out from previous years because it was also the grand opening of Franklin’s new expanded warehouse—a project three years in the making—plus a celebration of the company’s 75th anniversary.

The event featured top suppliers, the chance to win free products, a Caplansky’s Deli food truck, a Hollywood Cone ice cream truck (to help beat the last of the summer heat) and a “wire-cutting” to officially open the new expanded warehouse.

“It’s never sit back and relax,” said Cliff Backman, Franklin Empire’s vice-president. “We’re always looking for the next opportunity to grow and to improve service.”

The distributor moved into the building on 350 Carlingview in 2002 and, by 2014/2015, “we already realized we were running out of warehouse space”.

The additional space—which comes in just under 22,000 sf—also functions as a kind of showroom for lighting, showcasing several suppliers’ products; customers can walk down the aisles and see the lighting solutions in action.

“Now that it’s built, it will enable us to be far more efficient, inventory more, and provide better service to customers,” said Cliff.