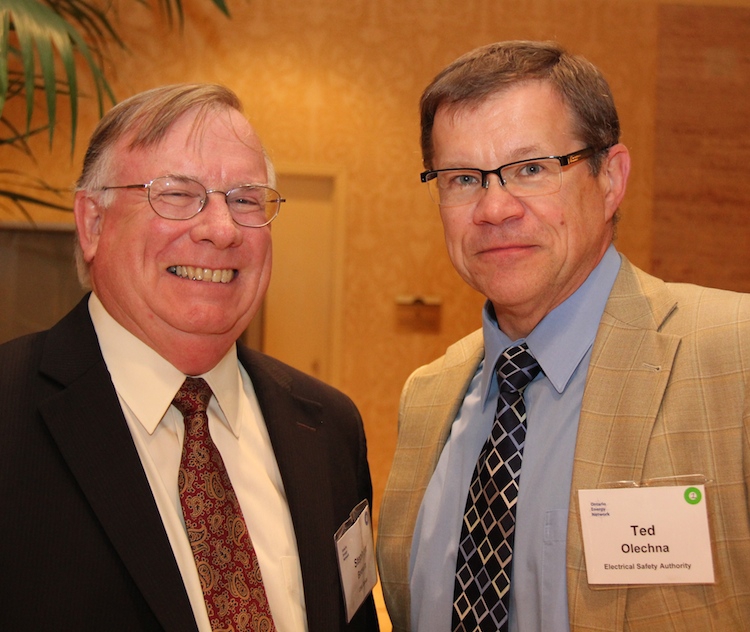 September 15, 2014 – The Ontario Energy Network (OEN) kicked off its fall luncheon series last Thursday with David Collie, president and CEO of the province’s Electrical Safety Authority (ESA), where he spoke about the progress ESA has made on its five-year plan.

Introduced in 2010, the authority’s Harm Reduction Strategy set a goal of seeing a 30% decrease in the number of electrical fatalities in Ontario over the next five years. He noted that, in just four years, fatalities had decreased 33%—in particular, electrical worker-related fatalities and critical injuries were down 41%. According to Collie, steps the authority have taken to achieve these improvements include the 2013 launch of Powerline Safety Awareness Week in partnership with local distribution companies (LDCs); the creation of a mobile work tool—eWorkSAFE—which prompts workers to follow CSA Z462 repair work standard; and a geospatial map of electrical fire events in the province to assist with targeting prevention efforts.

“While we can take comfort in our progress, there is no reason to be complacent,” he advised, saying regulators and industry must work together on the gaps that remained to be closed.

The new corporate strategy will begin next April, he added. (Photos A. Dalton)